BTS failed to clinch a trophy during the 2021 GRAMMY Awards after they lost in the best pop duo or group performance against "Rain on Me" by Lady Gaga and Ariana Grande. Despite this, Jin, Jimin, Jungkook- J-Hope, RM, V, and Suga expressed their joy over the fact that they were part of the prestigious event.

BTS Felt Honored to be Nominated at 2021 GRAMMY Awards

In an interview with E!, BTS member RM revealed that all of them are very honored to be part of the 2021 GRAMMY Awards. J-Hope, then, admitted that he and his co-members are very happy to make history for being the first K-pop group nominated at the esteemed awards ceremony. 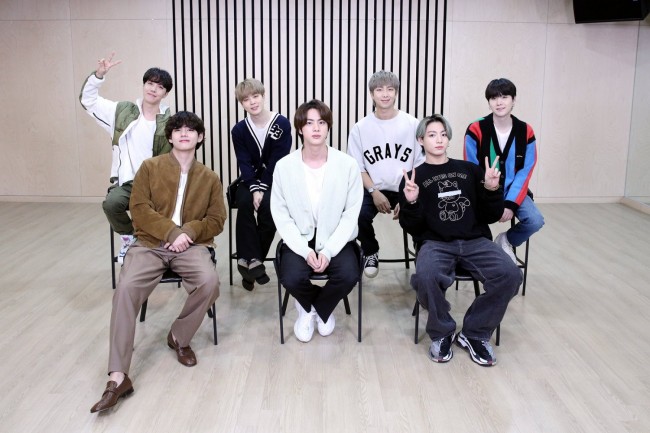 J-Hope added that all BTS members are proud that the people behind GRAMMYS were able to notice and appreciate their music. The BANGTAN Boys also considered their nomination as a chance to introduce Korean culture to the world.

BTS also gave a special message to all ARMYs, who have been showing their unwavering love and support from the very start. V and Jin said the group badly wants to see their devoted supporters already and claimed they are aware that ARMYs are feeling the same way too. They, then, promised to work harder to give them greater music and performances in the future.

Though they did not win, BTS still treated the viewers with an outstanding performance of their chart-topping hit titled "Dynamite." Jin, Jimin, Jungkook- J-Hope, RM, V, and Suga lighted up the stage with their stunning choreography and contagious smiles.

Taylor Swift won the Album of the Year award with her "folklore" album while "Everything I Wanted" by Billie Eilish nabbed the Record of the Year award. "I Can't Breathe" by H.E.R was named the Song of the Year and Meghan Thee Stallion is pronounced as the Best New Artist. Click here for the full list of 2021 GRAMMY Awards winners. 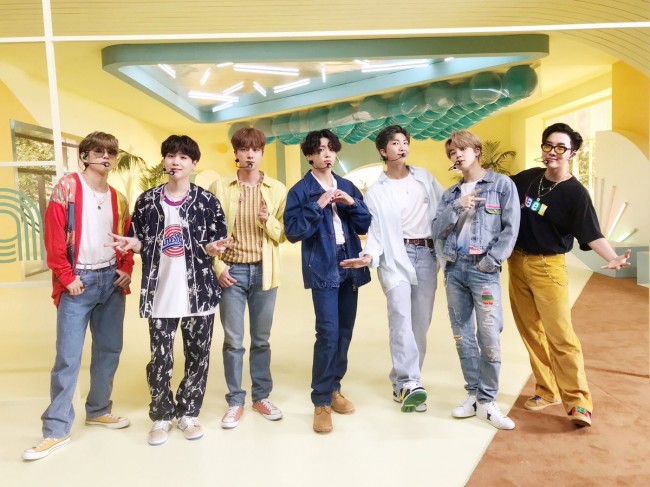 Meanwhile, following their breathtaking performance at the 2021 GRAMMY Awards, the official music video of "Dynamite" saw a whooping 6.3 million view increase in the last 24 hours. As of this writing, the clip has garnered more than 25 million likes and more than 12.8 million comments on YouTube.

Aside from that, "Dynamite" also improved its placement in the iTunes U.S. Chart. The same track also placed at No. 1 in 20 countries, including Brazil, Chile, Colombia, Costa Rica, Ecuador, Estonia, Finland, Mexico, Oman, Paraguay, Philippines, Romania, Saudi Arabia, Spain, Turkey, and United Arab Emirates among others. Other BTS tracks that entered the U.S. iTunes Chart include "Love Yourself: Answer," "Wings," "Love Yourself: Tear," "Dark & Wild" and "You Never Walk Alone."