BLACKPINK Rosé has proven her global popularity after her debut song "On The Ground" entered multiple Billboard charts. The singer has even made history for any Korean solo artist. 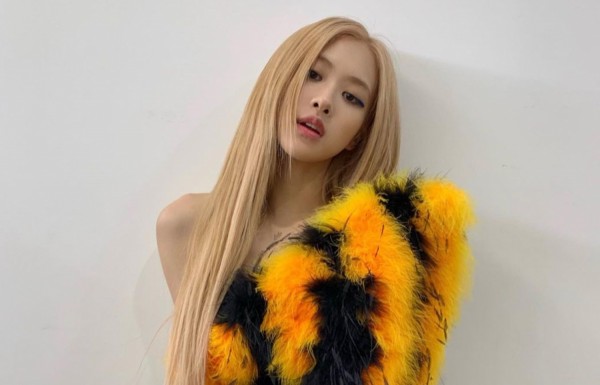 On Tuesday, March 23, Billboard has revealed the rankings of all of its charts for the week ending on March 27, including the Global 200 and Global Excl. US.

These two Billboard charts are similar in a way that they rank the top songs based on digital sales and streaming activity from more than 200 countries. The only difference is that Global 200 includes the songs' performances in the United States, while the other one does not, as seen from its title.

Billboard took to Twitter to unveil the Top 10 rankings for the Global 200 and Global Excl. US, and there, it can be seen that BLACKPINK Rosé has taken the No. 1 spot of the two charts at the same time with her debut song "On the Ground."

This is one of the biggest and rarest debuts on Billboard a female Korean solo artist can make.

In addition, Rosé is now the third Korean act after BTS and BLACKPINK to enter the Top 10 of the said two Billboard charts. She has even become the first artist to hit No. 1 on the Billboard Global Excl. US chart as both a soloist and with a group - "On The Ground" and "Lovesick Girls."

On top of that, BLACKPINK Rosé has set a new record for female K-pop soloists on the Billboard Hot 100 and Billboard World Digital Song Sales charts.

On March 23, Billboard announced that "On The Ground" debuted at No. 70 on the said chart for the week ending on March 27.

Rosé now joins CL as the only female K-pop soloist to enter the Billboard Hot 100, and becomes the third Korean female act to make it to this chart after CL and Wonder Girls.

Also, "On The Ground" is now the highest-ranking song by a female Korean solo artist in Hot 100 history, surpassing CL's "Lifted," which scored the No. 94 spot in 2016.

The Billboard Hot 100 ranks the most popular tracks in the United States across all genres based on sales data, radio airplay, and streaming (official audio and video).

It's her first solo entry on the chart, outside of her work as a member of @BLACKPINK.

BLACKPINK Rosé's "On The Ground" has also successfully entered the Billboard World Digital Song Sales Chart. The song managed to hit No. 10, making Rosé the first female K-pop soloist to debut within the Top 10 of the said chart.

Meanwhile, BLACKPINK Rosé's B-side track "Gone" has entered the Billboard Charts as well. It is currently at No. 29 on the Global 200 and No. 15 on the World Digital Song Sales charts.