BTS's highly-anticipated appearance on tvN's "You Quiz on the Block" has finally arrived. Following the conclusion of the latest episode, it was revealed that the show has recorded its own highest viewership ratings.

Starring Yoo Jae Suk and Jo Se Ho, "You Quiz on the Block" is a variety show that airs every Wednesday on tvN. The program is about the two hosts chatting with their guests and giving them surprise quizzes.

The March 24 episode of the show was a BTS special in which RM, J-Hope, Jin, Suga, V, Jungkook, and Jimin appeared on the variety show for a total of 100 minutes or one hour and 40 minutes. Various content about the boys was shown, including the typical interview and quiz time with hosts Yoo Jae Suk and Jo Se Ho.

According to TNMS, the audience ratings of the "You Quiz on the Block" episode featuring BTS increased by 3.5% compared to the previous week. It surpassed all channel programs broadcasted on the same day, including terrestrial and final episodes. This means the tvN variety show scored No. 1 in the overall rating rankings. 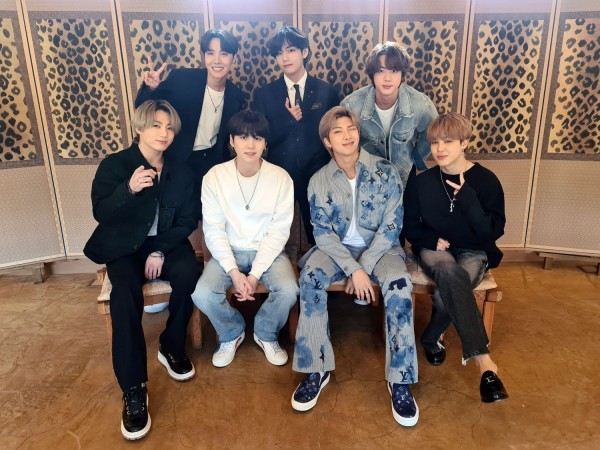 In addition, the highest one-minute audience ratings for the BTS special of "You Quiz on the Block" was 8.7%. With BTS having countless fans in South Korea, no wonder many people tuned in to the latest episode. Not to mention, a staff member of the variety show unveiled that ARMYs bought all commercial slots in the middle of the broadcast.

It appears like ARMYs wanted to make sure that there would be no disruptions during the boys' episode.

Apart from this, tvN's "You Quiz on the Block" was No. 1 on the most recent weekly rankings of the "Most Buzzworthy Non-Drama Television Programs and Appearances." T

his is the first time that the variety show took this spot since it premiered. The program has been the talk of the town because of the news about BTS guesting on the show and Brave Girls' appearance last week.

BTS Talks about their Fandom, ARMY, on "You Quiz on the Block"

And speaking of "ARMYs," the K-pop boy group talked about their beloved fans in the episode. BTS Jimin said that fans are the people they love and that they are the ones who make the group feel a lot of different emotions. "Even though we are young, they helped us grow and told us it was okay when we make mistakes. They're the ones who make me think of the reasons for love," he added.

As for BTS Suga, he commented that fans are special to the group. He then shared the part where ARMYs made BTS known in the American music market, particularly in radio broadcasts by sending in requests of BTS songs to radio DJs.