BLACKPINK Rosé continues to make waves! From reigning supreme on several music charts to trending in various online streaming platform, the co-member of Jennie, Lisa and Jisoo has been very successful as a solo artist. On Tuesday, March 30, it was revealed that the "On the Ground" singer has been chosen to grace the cover of Vogue Australia for its upcoming April issue. 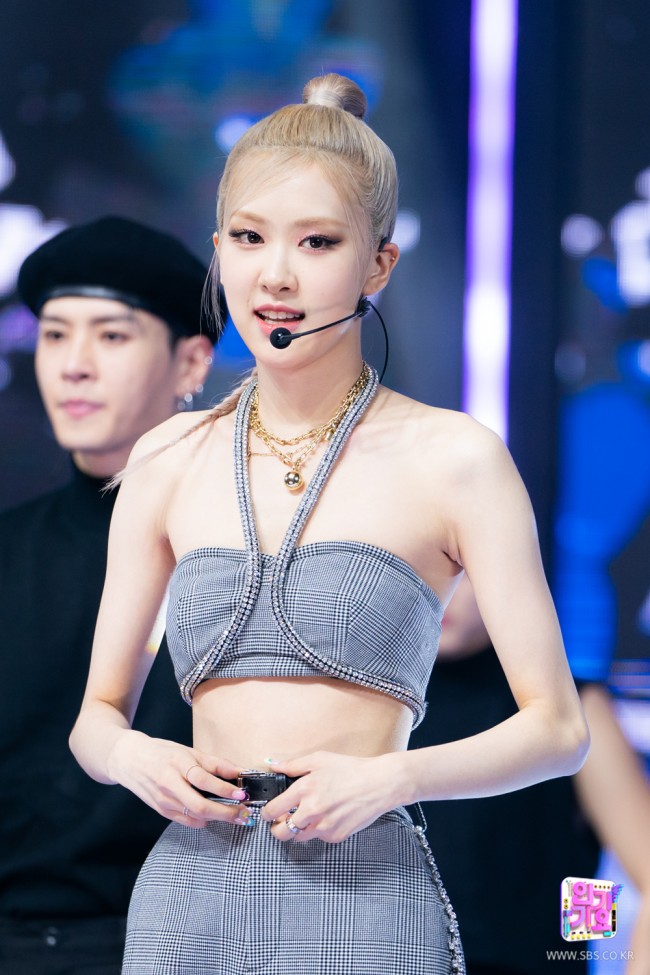 This is going to be the very first time for Rosé to be given a chance to show off her stunning looks and fab body since she was launched as a solo artist earlier this month. The South Korean singer-songwriter is also expected to greet the avid readers of the magazine with an exclusive interview.

Reports have it that BLACKPINK member Rosé would also be revealing some essential life details, including her journey from being a typical Australian schoolgirl to becoming one of the most sough-after K-pop superstars today. Of course, the "GONE" hitmaker would also be sporting some impressive pieces by luxury brand Yves Saint Laurent in the official photos for the magazine.

In its official Instagram page, Vogue Australia shared a sample photo of Rosé appearing on its cover. The BLACKPINK member, in the photo, sported a black outfit, which she accented with a brown-colored belt. The K-pop star showed off a no-make-up look with her stunning blonde hair.

The publication revealed that Noelle Faulkner wrote the cover story of the forthcoming Vogue Australia's April 2021 issue. It even described BLACKPINK member Rosé as a "generous," "thoughtful," "passionate," "optimistic," and "humble" type of person. The "How You Like That" singer even revealed, during the interview, that she went through some huge life challenges before she became what she is right now.

The upcoming April 2021 issue of Vogue Australia with BLACKPINK Rosé in the cover is expected to hit the newsstands in the coming days. So, devoted supporters of the "Lovesick Girls" singer should stay tuned for the latest news and updates.

Meanwhile, BLACKPINK Rosé made another feat on Spotify after she, reportedly, garnered a total of 9,8256,746 monthly listers on the popular music streaming platform. Not only that because her record-breaking "On the Ground" track nabbed the No. 26 spot on the latest Spotify Top Global Songs Chart.

With all these feats and records, there is no denying that BLACKPINK member Rosé is among the most successful K-pop group member to be launched as a solo artist. Aside from her, YG Entertainment has, previously, revealed that Lisa would also be having her solo debut before the year comes to close.