BTS has once again made history, and this time it's a new record on iTunes!

Developed by Apple Inc., iTunes is not only a media player but also a media library, mobile device management utility, internet radio broadcaster, and a client application for the iTunes Store. The platform is used to play, download, and purchase songs, as well as arrange digital multimedia on either personal computers running the Windows and macOS operating systems.

After every song released, either Korean or Japanese, BTS would always climb to the top of iTunes charts all over the world. Hence, it comes as no surprise that the K-pop boy group would again set an impressive record on the platform that no artist around the world has ever done before. 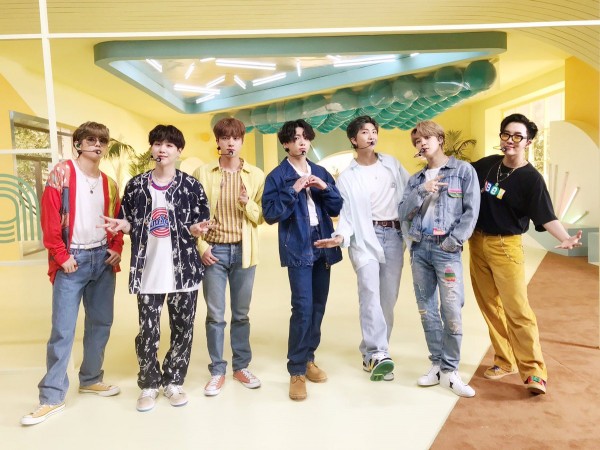 BTS is the First Artist to Have Eight Songs Reach No. 1 on iTunes Charts in 100 Countries

On April 10, Chart Data revealed that BTS has attained a new title of becoming the very first artist in iTunes history to have eight tracks score the No. 1 position on iTunes charts in a total of 100 countries.

These eight songs are both new and old and are either Korean or Japanese releases: "Life Goes On," "Film Out," "Dynamite," "Moon," "Filter," "My Time," "Black Swan," and "Your Eyes Tell." These singles have all entered the iTunes charts shortly after their release.

"Black Swan," "Moon" (sang by BTS Jin), "My Time" (performed by BTS Jungkook), and "Filter" (sang by Jimin) are all part of the group's fourth studio album "Map of the Soul: 7," which came out in February last year.

"Black Swan" is the first-ever BTS song and single by an Asian act in history to achieve No. 1 on iTunes Top Songs charts in 100 countries. It attained its 100th No. 1 in July. Meanwhile, the three other tracks got their 100th No. 1 on iTunes in August.

"Your Eyes Tell" was released as one of the songs in BTS's fourth Japanese studio album, "Map of the Soul: 7 - The Journey," which was launched on July 14 last year. After only eight days, "Your Eyes Tell" hit No. 1 on iTunes in 100 countries.

"Dynamite" is one of the most-listened-to BTS songs across the globe. The track quickly obtained No. 1 in 100 countries just one day after its launch on Aug. 21. In particular, "Dynamite" topped the iTunes Top Songs chart in 104 different regions.

On Nov. 20 last year, BTS dropped the deluxe edition of their "BE" album, which features the title track "Life Goes On." The next day, it was revealed that "Life Goes On" ranked first on iTunes Top Songs charts in at least 90 different regions around the world.

"Life Goes On" is actually the latest addition to the list of BTS songs that attained No. 1 on iTunes in 100 countries. The track got its 100th No. 1 today, April 10, and the 100th nation is Nepal.

Meanwhile, "Film Out" is the latest Japanese release of BTS and it was co-composed by member Jungkook. Dropped on April 2, the song outstandingly reached No. 1 on iTunes charts in a total of 97 countries the following day.