Park Bom has again teased the much-awaited reunion of 2NE1 in an interview with TEN STAR magazine!

2NE1 is known to be one of the most successful K-pop groups, with their songs always being a hit. Some of their well-known releases are "I Am the Best," "FIRE," "COME BACK HOME," "GOTTA BE YOU," "I Don't Care," and many more.

ALSO READ: Is 2NE1 Returning to the Music Scene in May 2021? Park Bom, DARA and Minzy Hint at Possible Reunion

With 2NE1 being a legendary girl group in the K-pop industry, fans have been wanting a reunion from the quartet as it has been already more than four years since their disbandment in November 2016.

On April 20, TEN STAR magazine revealed the photos for its May 2021 issue and it features solo artist Park Bom. In the images, the "I Don't Care" singer flaunts her fascinating figure after successfully losing 11kg in January.

During her interview with the magazine, Park Bom tackled her solo career and 2NE1. In particular, she discussed her unchanging friendship with her 2NE1 members, CL, Dara, and Minzy.

Park Bom shared that they try to meet up frequently. She added that each of them has been busy in their own field. "I'm happy with the fact that each of us is doing our best in our activities," she continued.

Park went on to say that 2NE1 members had recently met each other in person. As usual, they would take photos and eat together. The "FIRE" singer then revealed that CL and Dara are the ones making effort to keep in touch and bring all four members together.

Park Bom also teased a 2NE1 reunion during the discussions. She stated that whenever they get together, they would always talk about their plans for a reunion. However, it's still a secret, according to Bom. She added, "Just remember that behind every secret is something important."

This is not the first time that Park Bom teased a potential reunion of the legendary girl group 2NE1.

On April 9, Park Bom guested on KBS Cool FM's "Park So Hyun's A Fluttering Night." During the talks, she mentioned her former girl group 2NE1. She stated that all members - Park Bom, Minzy, Dara, and CL - have met each other on the day of their 11th anniversary of debut to record a song. 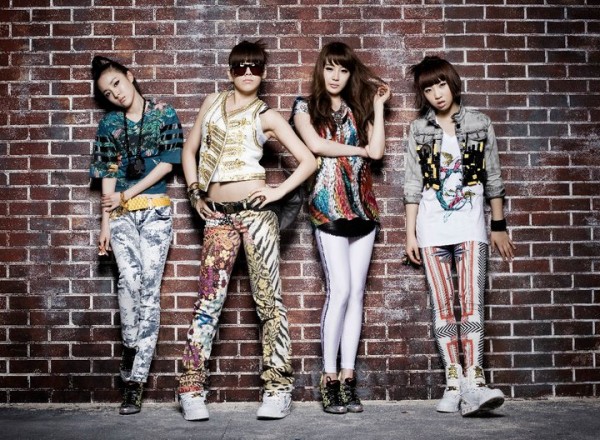 2NE1 Reportedly Making a Comeback in May + CL's Representatives Comment

On April 14, an insider from the music industry told a Korean media outlet that when 2NE1 members gathered to celebrate Minzy's birthday in January, they also grabbed the chance to record a new track together. The media outlet also stated that CL was the one who worked on the song. They added that the girl group is planning to return as a full group in May.

Shortly after, CL's representatives denied the news about 2NE1 making a comeback in May.

Do you hope for a 2NE1 reunion? Share your thoughts below!