Oh My Girl member Arin's recent pictorial to promote an underwear brand from a clothing brand has received mixed opinions. Keep on reading to learn more.

On Monday, Apr. 19, photos of Arin promoting underwear for the brand BYC were shared online to community forums. The images are for the brand's underwear line, BYC Lingerie. In the past, Arin has promoted the brand's sleepwear and everyday clothing.

Arin is not seen actually wearing the lingerie. Instead, the "NONSTOP" singer is seen posing with the garments. In some photos, she is seen just holding it in her hands. In other images, the bras are on a mannequin. Other images show Arin holding a box with a bra inside, while others have the idol holding a hanger with the bra, and the idol is holding it in front of her.

The nature of the photos is different from most lingerie brands. Most brands have models wearing garments and posing sexily. For BYC's pictorial, however, Arin shows off her bright and cute side. Her skin is not exposed, and her pure and innocent image is maintained.

However, the photos drew mixed opinions from people who saw the images. Others claimed that the reason why brands have models having pictorials with their products is to show how the product would look on the body. They state that since Arin is known for her good-girl image, they should have hired a model who is willing to wear the outfit and give the consumer a look into what the garments actually look like when worn.

However, some people have defended both Arin and BYC for their choices. Many believed that comments criticizing the nature of the photoshoot have "nothing better to do." Many also added that there are many advertisements that mislead you and do not hint at what the product is at the end, and people do not complain about those advertisements.

Arin and BYC have not responded to any of the comments. Previously, Arin renewed her partnership with BYC this year and will continue working as their brand ambassador.

On Mar. 2021, it was revealed that Arin would appear on the Netflix series "Goedam 2." Previously, Arin made her acting debut in early 2020 as the lead character of the South Korean web-drama, "The World of My 17." Arin played the character Oh Na Ri and acted alongside fellow idol Doah of Fanatics. 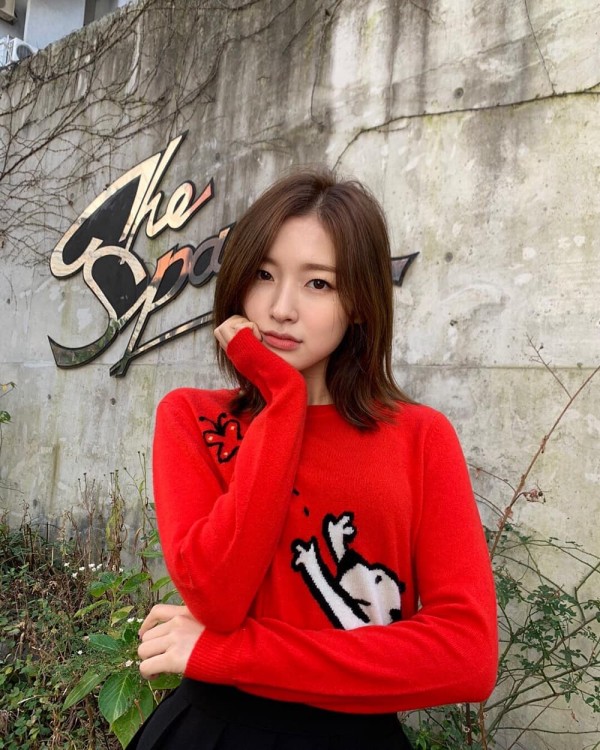 In Jul. 2020, Arin became an MC for KBS's music program, "Music Bank." She is co-MCs with TXT member Soobin. She and Soobin earned the Best Couple Award at the 18th KBS Entertainment Awards.