Rookie group woo!ah! might be joining the lineup of comebacks in May!

On April 23, OSEN reported that NV Entertainment's new girl group will return to the music scene in May, particularly at the end of the month. The media outlet added that the comeback preparations have already began.

If confirmed, the upcoming comeback will mark woo!ah!'s first after six months since their single album "Quirious" last November. Also, their upcoming album or digital single would be their third release overall. 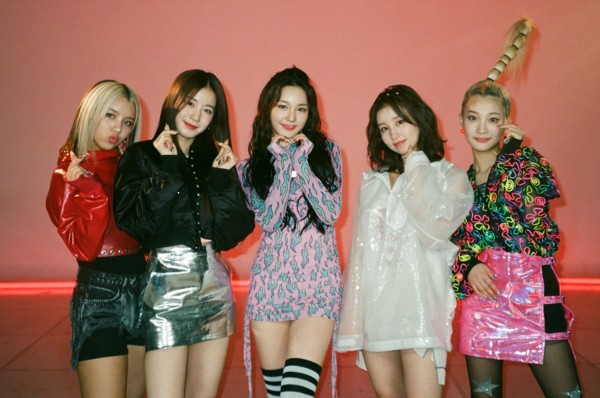 woo!ah! is currently a five-member girl group signed under NV Entertainment and consists of Nana, Wooyeon, Sora, Lucy, and Minseo. The band initially debuted with six members, including Songyee, on May 15 last year.

woo!ah! is the first artist and idol group to debut under NV Entertainment, which is a newly-established company. The record label was founded in 2019 by CEO Kim Kyu Sang and Director Han Ji Seok. Han previously worked at SM Entertainment and Kakao M.

On the day of their debut, the new girl group released their first single album titled "Exclamation." The single album debuted at No. 20 on the Gaon Chart. In addition to this, the album consists of two songs titled "Payday" and "woo!ah!" with the latter serving as the title track.

Just three months after debut, woo!ah! Songyee parted ways with the team and the company. NV Entertainment explained that her leave is due to personal reasons. The rookie group has since done promotions with only five members.

On Nov. 24, the new girl group made their first come back with their second single album titled "Qurious." The album consists of three new songs, including the title track "Bad Girl." Moreover, "Qurious" entered the Gaon Album Chart, claiming the No. 33 spot.

The lyrics for woo!ah!'s "Bad Girl" is about wanting to live your own way as a bad girl. A music video for the title track was also dropped on the same day. As of April 23, the MV has exceeded 4.5 million views, which is three million higher than the views of their debut song.

On Jan. 2 this year, the rookie group revealed a music video for "I Don't Miss U," another track from "Qurious." The single is about getting over a breakup and living happily.

Apart from the YouTube views, another achievement of woo!ah! is maintaining its position at No. 1 for 12 weeks in a row on the music video chart of NCT (NhacCuaTui), Vietnam's largest music platform.

In particular, the MV for their comeback song "Bad Girl" topped NCT's music video chart for about three months since its release. The music video for woo!ah!'s "Bad Girl" was only overthrown on March 1, when BLACKPINK reigned as No. 1 with "How You Like That."

While waiting for the woo!ah!'s comeback, watch their "Bad Girl" MV below!