IZ*ONE has officially disbanded and the members each shared a final message for WIZ*ONE.

On April 29 KST, Mnet's project girl group from the survival show, "Produce 48," has officially disbanded after almost three years of activity - as their contracts have expired on the same day. 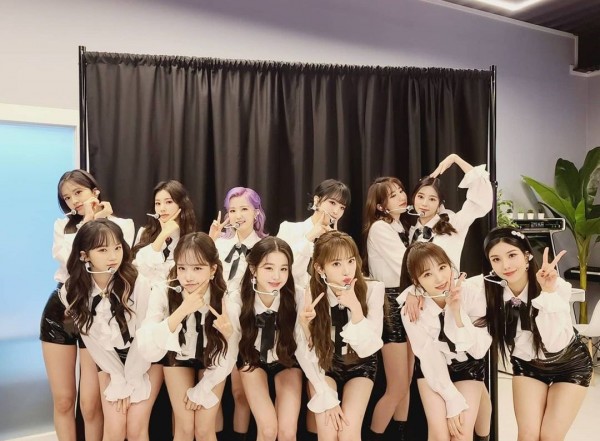 As IZ*ONE's activities have officially ended, the group's Japanese line consisting of Miyawaki Sakura, Yabuki Nako, and Honda Hitomi will be returning to their hometowns in Japan on April 29 KST.

According to media outlets, the three have left for Japan at the Incheon International Airport Terminal 2 at 11:00 a.m. KST.

IN CASE YOU MISSED IT: IZ*ONE Fans Gather More Than 1.8 Billion Won to Relaunch the Group 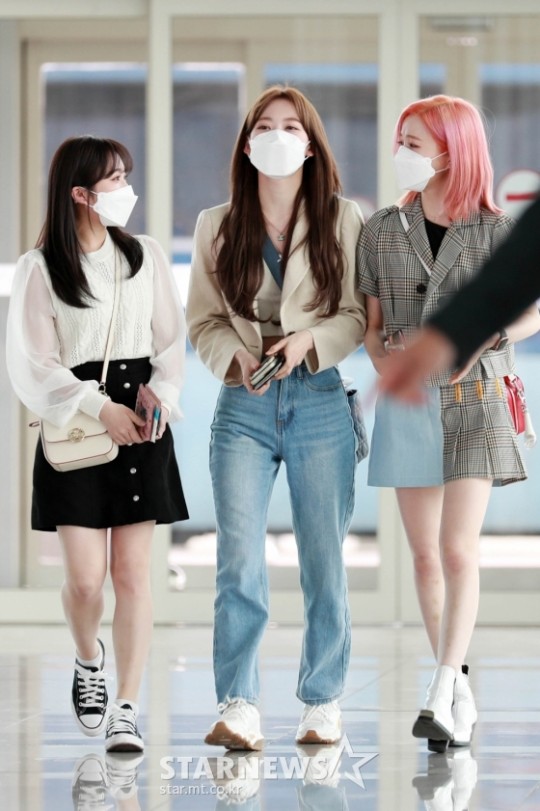 With the group's disbandment, the IZ*ONE members each published a final message for their fans, WIZ*ONEs, through their private mail.

Miyawaki Sakura told WIZ*ONE that the two and a half years they spent with them was precious and that it was fun. She adds that little by little, she was able to grow confident in herself thanks to WIZ*ONE.

"We were IZ*ONE, you were WIZ*ONE. I have been cherishing that in my heart. Thank you for the two and a half years," she ends.

Kwon Eunbi said that it doesn't feel real [the disbandment] and that it's sad. She feels sad whenever she thinks of iZ*ONE's last day as a group, but WIZ*ONE have to be okay, so that they're not sad either.

Kwon Eunbi said that she will practice hard, so that she can show WIZ*ONE a better side of her [in the future].

Honda Hitomi thanks WIZ*ONE for supporting, loving and staying by her side for the past two and a half years. She said that she doesn't know what path her future will hold, but the fact that she has eleven friends with her forever will never change, so that she is never alone. She looks forward to the future and will take WIZ*ONE with her wherever she goes.

Kim Minjoo asked WIZ*ONE if they remember what she said last time - that she's their first and her first ever, and that she will miss WIZ*ONE so much. She said she may take a while and that she may not have as many chances to say her thanks and express her love.

But she asks WIZ*ONE to wait. She feels sorry that she received so many things and thanks WIZ*ONE for supporting her, and that she was happy.

Now, whenever someone asks her what's most important to her, she won't have any hesitation.

Jang Wonyoung thanks WIZ*ONE for their time. She said that in a span of two and a half years, she learned, felt and thanked WIZ*ONE for many things. To her, that's an existence that is like a gift. She says its bittersweet to think about how things that were a part of her daily life will now start to change little by little, but it's not an eternal goodbye - rather, a fresh start.

"If you ask me to say something as a member of IZ*ONE, it's that 'I'm so grateful to WIZ*ONE and you'," she said. Jang Wonyoung ends her mail by saying that she looks forward to spending more time with WIZ*ONE in the future.

Lee Chaeyeon reveals that she started writing a diary where she writes about her feelings and the moments she wants to remember, however, she also expresses her regrets in not having a diary when they were active. She adds that she is feeling sad that if she doesn't remember those days, she's afraid she's gonna disappear.

Lee Chaeyeon feels different emotions, and says there is no such thing as a good breakup. "I don't think it's gonna be easy, but you promised me. We have to keep our promise. You have to be brave," she said.

Kang Hyewon thanks WIZ*ONE for being able to share her daily life, and that it was healing for her and made her happy when she was tired. It made her happy to have someone ask her how she was and listened to her.

She says WIZ*ONE have to be healthy and eat beans, even if they don't like them.

Kang Hyewon said that it was fun being with the members when she had a lot of thoughts, and that it must be because she is comfortable with them.

Yabuki Nako thanks WIZ*ONE for the two and a half years. She had a hard time, but thanks to WIZ*ONE, she was able to have a good time. "I will continue to do my best! Let's just continue on the flowery path," said Yabuki Nako.

Choi Yena says WIZ*ONE always stood by them and kept them safe, and gave them endless love. She said that WIZ*ONE really made her happy every day, and that she wants to give them more love so she is working hard.

"WIZ*ONE will always be with us in the future. WIZ*ONE, I hope we can always be together," said Choi Yena.

Kim Chaewon said that she had fun with WIZ*ONE, and asks that they keep the memories they had safe. She hopes to meet them again in the future.

Jo Yuri was very happy being able to communicate with WIZ*ONE and being a part of IZ*ONE, and that they make her daily routine more special. She said that she will WIZ*ONE a bright and pretty side of her in the future, "Until then, don't get sick. Stay healthy! I love you."

An Yujin thanks WIZ*ONE for loving and supporting the group, and that she was very lucky to meet the eleven members and WIZ*ONE. Through this experience, she now has eleven people she can contact when she is tired. She ends by saying that she will be a better person and that she loves WIZ*ONE.

Are you sad about their disbandment?