GWSN members will reportedly make a comeback with Soso after more than two years!

GWSN Members Set to Make a Comeback in May with Soso

According to an exclusive report from OSEN on April 29, GWSN will be returning as a full group in May. Soso, who has been on hiatus since January last year, will be rejoining the band and participating in the preparations.

The media outlet added that the comeback date of GWSN in May has been confirmed. It is said that the septet is scheduled to release their fifth mini-album on May 20. Reports also stated that Kiwi Media Group, the band's agency, has changed its name to The Wave Music.

ALSO READ: Check Out GWSN Exclusive Photos From the "Fact in Star" Event

If confirmed, this would be the girl group's first return featuring all seven members in over two years since they dropped their third extended play titled "The Park in the Night Part Three" in July 2019. 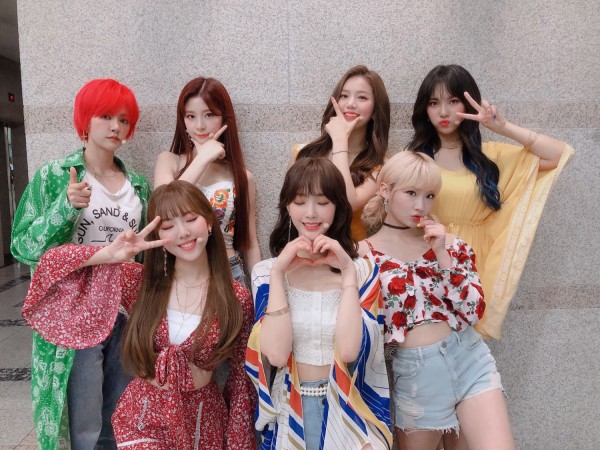 GWSN was only promoted as a six-member group last year as member Soso had a ruptured ankle ligament; hence she was advised to take a break from group activities. She was inactive in the band since January 2020. And because of her injury, Soso was unable to take part in GWSN's comeback last April.

According to a source from GWSN, Soso had an ankle injury even before she made her debut. They also said that the "Puzzle Moon" singer experienced pain again during the group's promotions for "The Park in the Night Part Three." Additionally, symptoms of anxiety were seen in her, so the agency decided to let her focus on rest and treatment.

Wang Chingyi, commonly known as Soso, acts as one of the lead dancers and vocalists in GWSN.

GWSN's Comeback with "The Keys" Featuring Only Six Members

While Soso was taking a hiatus, GWSN moved to a new affiliated music label of Kiwi Media Group called MILES in early April last year. In the same month, the female act made a comeback with only six members - Miya, Seokyoung, Anne, Minju, Seoryoung, and Lena.

On April 28, GWSN launched their fourth extended play entitled "The Keys." Among the four songs in the album, "BAZOOKA!" served as the title track. A music video for "BAZOOKA" was revealed along with the EP. As of April 29, the MV has surpassed 25.5 million views on YouTube.

GWSN's "BAZOOKA!" talks about removing the worries in your heart and starting to pursue your new dream. The title of the song can pertain to a weapon and an instrument used in jazz music. In the single, the girl group sings about aiming at meteors and shooting them with a bazooka. However, the lyrics also refer to the band's use of music to transfer a message.

"The Keys" has become GWSN's first album to enter the top 10 of Gaon Album Chart. It ranked No. 6 after selling 4,270 copies for the month of April last year, hence the sales were accumulated for only two days. As of June 2020, the EP has sold 6,879 copies.

Check out the music video for GWSN's "BAZOOKA!" below!