K-pop has become famous for its intense choreography. Some may say K-pop is incomplete without its intense formation changes, crazy footwork, and synchronized movements.

Want to know which K-pop girl group dance is the most complex? Then keep on reading! 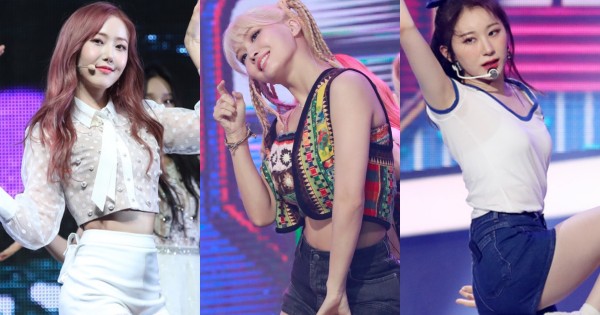 techie_ray chose samples recommended by fans, fan rankings, and dances idols themselves have said were difficult. He also chose videos with a fixed camera angle with no backup dancers and pro.

Each group should have more than two members. The video samples are only of title track choreography.

Complexity is determined through the number of distinct poses per second. The more distinct the poses are, the more complex it is. It is also determined by the number of formation changes, which the computer determines through distance changes between the members, and how many heads are seen per frame.

Finally, complexity is also determined by the number of jumps, flips, or floorwork.

According to techie_ray's computer analysis, LOONA's choreography for "Butterly" has the most complex formation changes among girl group dances.

This makes sense since LOONA has twelve members, they often use the members to show imagery in their dances, which requires numerous formation changes.

The computer program gave LOONA a formation complexity score of 89.96%.

Their move intricacy received a score of 72.68%, while their acrobatic score was 9.77%.

Among the girl group dances, IZ*ONE's "FIESTA" ranked the highest in acrobatic moves. Due to the amount of floorwork the girls of IZ*ONE have to do for the choreography, they received a score of 17.23%.

For other aspects of complexity, IZ*ONE received a move intricacy score of 71.27% and a formation complexity score of 68.10%.

These are the Most Complex K-Pop Dances (in no particular order):

ALSO READ: GFRIEND, TWICE, and More: These are the K-Pop Girl Group Songs That Spent Over a Year in MelOn’s Weekly Chart Top 100

Did your favorite K-pop girl group choreography make it to the rankings? Is there a dance you think is much more complex than what were mentioned? Tell us in the comments down below!