Lay is said to be joining EXO in their upcoming special album, "Don't Fight the Feeling"! 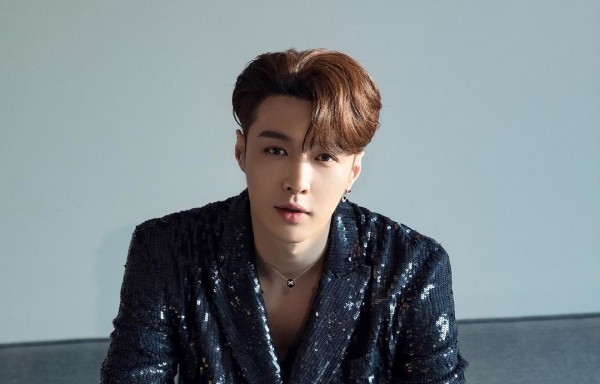 EXO Lay is Said to Participate in "Don't Fight the Feeling"

On May 25, Lay Zhang, the remaining Chinese member of EXO, is currently the No. 1 trending topic on numerous social media platforms worldwide as it was revealed by a reputable Chinese fansite that he will be joining EXO in their upcoming special album, "Don't Fight the Feeling."

EXO-Ls and Xingmis (EXO and Lay's fandom, respectively) all around the world are rejoicing as this will be the first time after "Don't Mess Up My Tempo" music video that EXO Lay will be part of the group's comeback, and part of an album after a while. Fans are anticipating his comeback with the group as OT9!

Meanwhile, there are no official statements from SM Entertainment or Lay Zhang's studio, Zhang Yixing Studio, regarding his participation in "Don't Fight the Feeling," and it is likely that fans will find out during their teaser release on May 25 at 11:00 p.m. KST.

EXO Lay has been on an extended hiatus from the group since 2016 to focus on his solo career and schedules in China. In addition, there are also political conflicts between China and South Korea, which has severely limited the Mando-pop star's promotions in the latter country.

IN CASE YOU MISSED IT: 'EXO IS COMING': Group Announces Release of Their Special Album 'Don't Fight the Feeling'

Although EXO Lay's continuous activities in China has been plagued with fans thinking that the Chinese member has officially left the group as he was not present in multiple EXO songs, his participation in this EXO comeback will prove otherwise, and has relieved many fans from fearing the worst.

In February this year, singer-dancer-music producer Lay released his album "PRODUCER," comprising of the tracks he had performed and produced himself during his stint at "CZR 2."

In June 2020, he dropped his fourth album "LIT," earning various awards in China, such as Versatile Producer of the Year and Popular Pop Singer of the Year. The second part was released the following month.

On May 11 at midnight KST, EXO changed their profile pictures on their social media accounts, marking a new chapter in their nine-year career.

In addition, they also released their first teaser for "Don't Fight the Feeling."

The moving teaser is a radar that is detecting movement around, but what's notable is the nine dots that were detected in the radar - most likey signifying the nine EXO members: Suho, Chen, Baekhyun, Lay, Chanyeol, D.O., Sehun, Xiumin, and Kai.

On May 23 at midnight KST, SM Entertainment finally released the schedule for EXO's much-awaited comeback!

According to the "Don't Fight the Feeling" schedule, for "Episode 1," they will be dropping the special album teasers on May 24, 25, and 26.

Then, the "ECLIPS" teaser will also be released on May 26. 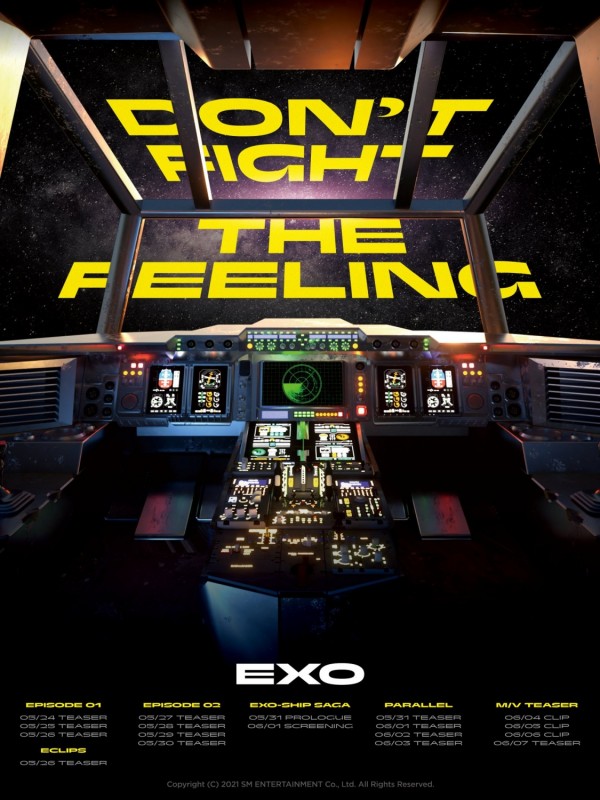 The highly anticipated music video teaser will be dropping on June 4, 5, and 6 with a clip, and on June 7 will be the last and actual teaser for the music video.

"Don't Fight the Feeling" is EXO's special album to commemorate their ninth anniversary since their debut in 2012. The album will be released on June 7 at 6:00 p.m. KST.

Are you excited for EXO's comeback?