SEVENTEEN has come back with their new album "Your Choice," together with the music video for "Ready for Love"!

On June 18 at 6 p.m. KST, SEVENTEEN's new album "Your Choice" has been officially released. The boy group has also unveiled the music video for the title track "Ready to Love."

"Your Choice" contains songs that discuss different types of emotions and actions in connection with love. Some of the tracks are recorded by the group's three units: vocal, performance, and hip hop, maximizing each unit's charm and strength. 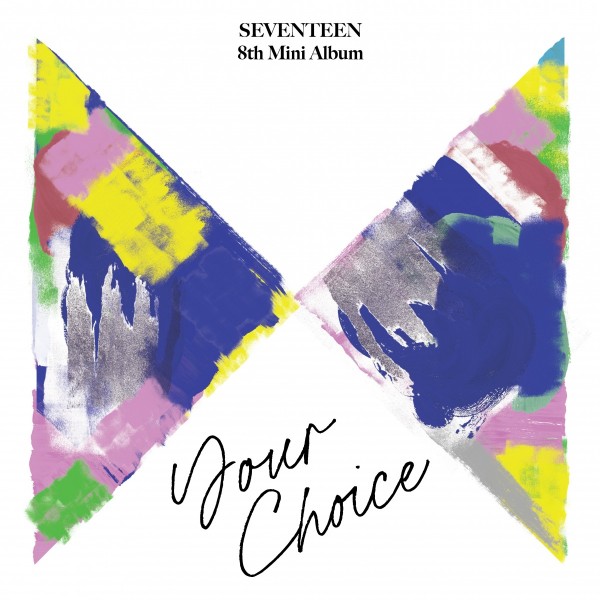 SEVENTEEN's "Ready to Love" is an R&B-based pop genre track with a sensual synth base and strong beat. The lyrics of the song tell the story of a mature love.

ALSO READ: SEVENTEEN Becomes a Three-Time Million-Seller With 'An Ode

Bang Si Hyuk (also known as "hitman" Bang) co-wrote, co-composed, and co-arranged "Ready to Love." This is the first time Big Hit Music's founder worked with the group for the title track of their album.

In SEVENTEEN's "Ready to Love" music video, the boys confess their love for someone who they just met for the first time. The video shows different locations where the members are, such as abandoned buildings, telephone booths, a messy garden with balloons, tables, and chairs, and more.

A mysterious girl can also be seen in SEVENTEEN's "Ready to Love" music video, specifically in the beginning, middle, and end of the video.

Watch the music video for SEVENTEEN's new song below!

SEVENTEEN Talks about "Your Choice," Shares Thoughts on Their Comeback, and More!

Before the official release of SEVENTEEN's "Your Choice," Pledis Entertainment revealed a Q&A where the boys answered questions related to their new album, comeback, and more. 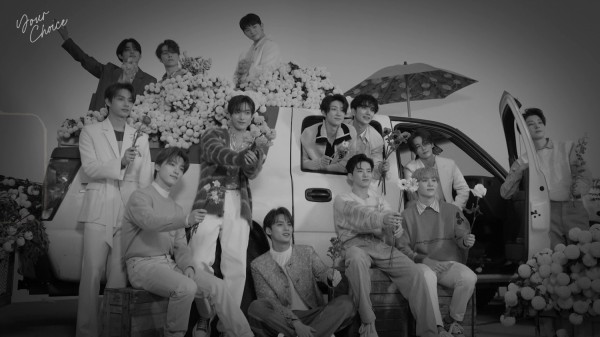 SEVENTEEN was first asked to briefly introduce their new album "Your Choice" is.

Woozi answered that "Your Choice" is an album that shows the different types of behaviors and emotions one sees when they fall in love. He added that SEVENTEEN's eight mini-album contains the meaning that "your choice" is more important than mine.

When asked about how they feel about making a comeback after about eight months. SEVENTEEN Seungkwan said that the thought of meeting CARATs with new music after nearly eight months makes his heart flutter and tremble.

Wonwoo responded that just thinking that they will be able to give their fans new music makes him feel better. And as for SEVENTEEN's leader S.Coups, he said that he feels happy and excited. He added that "Your Choice" is filled with songs that the fans will love.

The boy group was then asked to share the part which they focused on the most while preparing their new album, "Your Choice." Joshua and Dino said that the members mainly focused on being able to show SEVENTEEN as a group that has matured.

When asked to describe their new album "Your Choice", SEVENTEEN Jun said that it's about the mature look of the group. While The8 said that the album talks about the power of love, Wonwoo answered, "a narrative of love."

What can you say about SEVENTEEN's new song, "Ready to Love"? Tell us in the comments!