BTS Jin confessed he's been listening to SEVENTEEN, ITZY, and aespa tracks while taking a shower. Which of these artists' songs do you think are included in the global star's shower playlist? 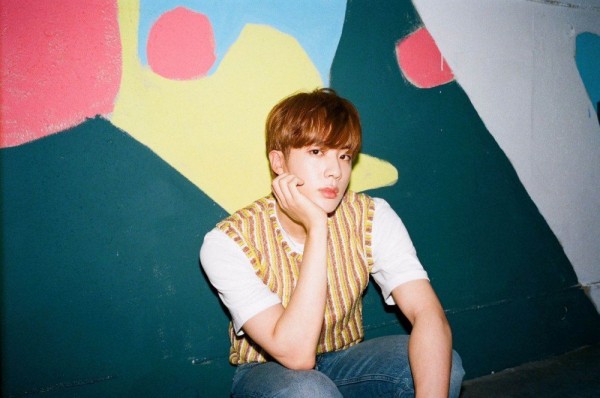 Recently, Melon Station posted a playlist, titled "BTS's Playlist from Melon Station." The playlist is a compilation of songs that BTS members enjoy listening to.

The world-renowned K-pop star then reveals the songs that he's been listening to lately when he showers, which also includes other K-pop groups' tracks.

In the broadcast, Jin mentioned his juniors like aespa, ITZY, and SEVENTEEN, which immediately became a hot topic among K-pop enthusiasts.

At the start of the show, Jin introduced his playlist under the theme of "Jin," "Dance," "Shower," and "Idol."

He said, "I think you should be excited when you take a shower. I chose music that I listen to while dancing in the shower. Let's all be idols." He comically emphasized that everyone can be an idol in the shower.

The first song that Jin picked is ITZY's "Mafia in the Morning," saying it's an exciting song. The handsome idol also suggested doing some dance movements in the shower while listening to his junior idols' tracks.

The visual and vocal member of BTS then introduced "Left & Right," a song by SEVENTEEN. The junior group joined HYBE Corporation after the company acquired Pledis Entertainment, home to SEVENTEEN.

Jin commented, "Listening to it can make you very excited. Though you can't run around the shower, you can still enjoy simple choreography even in a small bathroom. Let’s listen to 'Left and Right' by SEVENTEEN."

The last song that Jin chose to close the broadcast is the "Rookie Monster" aespa debut track, "Black Mamba." Jin shared how the song makes him dance freely in the shower like a snake! Such a supportive senior idol to his juniors, isn't he?

But of course, living up to their love yourself, Jin also showed that he's a huge BTS fan - ARMY - himself by adding his grroup's songs "Mic Drop (Steve Aoki Remix)" and "IDOL."

Can you also imagine Jin enjoying trot songs? Well, he also introduced Young Tak's "Jjiniya" and "Why Are You Coming Out There?"! Completing the playlist is Billie Eilish's " Bad Guy."

ALSO READ: BTS Jin Selected as the K-pop Idol with the 'Most-Desired Lips' by Plastic Surgeons

According to the latest chart released by Oricon, BTS topped the Oricon Daily Album Ranking for three consecutive days with their Japanese album "BTS, THE BEST."

Based on the "Daily Album Ranking," they secured their spot with 49,776 copies sold. It has remained at the top for three days since it topped the list on the first day of sales (based on the arrival date of the store).

It is a meaningful album that includes all the singles and albums released in Japan by BTS for four years from 2017.

Which is your favorite track?

READ MORE: ITZY, aespa, and More: These are the Most Viewed K-Pop Girl Group MVs for May 2021