Singer-songwriter idol Jeong Se Woon bares his creative process and his aspirations in a new interview with Rolling Stone Korea (RSK) - and he has released a vlog about it.

Jeong Se Woon uploaded the latest LUCKY TV episode on his social networking sites, including in his Official YouTube Channel.

In his latest vlog, he took his fandom, Haengwoon (Luck), into an exclusive behind the scenes experience for his interview and pictorial for Rolling Stone Korea. 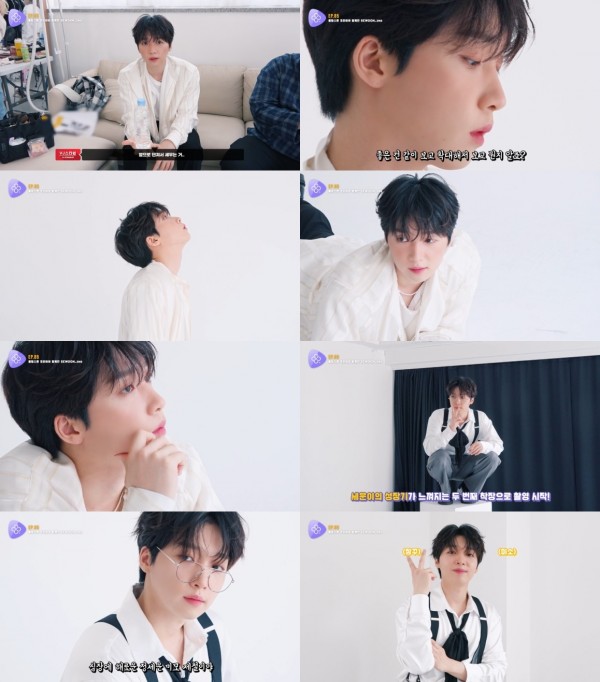 He began his 12-minute video by welcoming fans: "It's been a while since I had a photo shoot. It's a little awkward, but I'll do my best to introduce my styling and concept, and I'm also showing my mischievous charm while waiting."

The next few minutes of his vlog treats audiences to his photoshoot, including his interactions with the various staff of Rolling Stone Korea and those who prepared him for the shoot.

His latest LUCKY TV episode gives fans something to fawn over as it is filled with moments showing his impressive charm, a boyish beauty paired with his fun and naughty antics on site.

Once the photoshoot starts, he channels a certain serious aura that makes the audience want to know him more.

Aside from his LUCKY TV episode 85, Rolling Stone Korea has also released a short interview video showing Jeong Se Woon answering four questions that offer fans an insight to the person behind the "Singer Songwriter Idol."

The first question for Jeong Se Woon was: "What song do you want to sing for you as a child," to which he answered: "Neon" by John Mayer. He shared that he only discovered the 1999 song after his high school days and that it had a huge influence on him.

Also, when asked what he wants his seniors and juniors to remember him by, the singer songwriter idol had a surprising answer. "I would be fine if I'm not remembered actually," Se Woon candidly answered. But, if he'd be remembered by people, he shared wanting to be remembered as an artist that makes people wonder about his next step.

Explaining that while creating an album might be a different experience for each release, he hopes that his fellow musicians would look forward to his next work with curiosity.

Watch the latest LUCKY TV by Jeong Se Woon below: