On June 29 KST, BTS' agency, Big Hit Music, announced through the global fan community platform, Weverse, that they are taking legal action in both civil and criminal cases against netizens who write and distribute malicious posts. 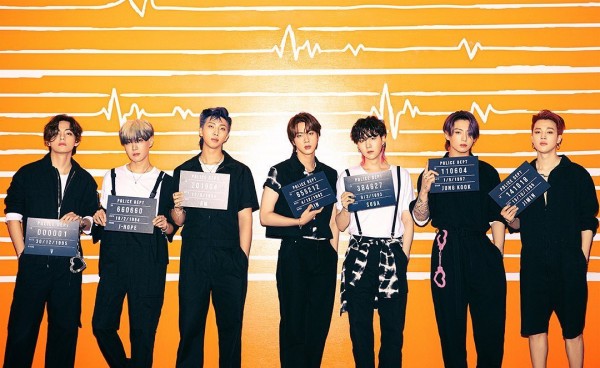 According to the agency, they are taking regular legal action against writers of malicious posts that contain defamation, insults, sexual harassment, false information, and malicious slander against their seven-member group, BTS, and that they are making a statement in order to inform the public of the progress of their legal actions.

IN CASE YOU MISSED IT: Ed Sheeran Confirmed to Be Participating in BTS' Upcoming Song

Big Hit Music mentions Article 70 of the Act on Promotion of Information and Communication Network Utilization and Information Protection, Etc., as well as Article 311 of the Criminal Act - specifically defamation.

"Defamation of those who continue to write or distribute malicious comments and posts are socially unacceptable beyond the simple expression of opinions in communities, blogs, and SNS," said Big Hit Music.

Among Big Hit Music's existing lawsuits, there was a case in which the prosecution suspended the following year after the initial complaint was filed, citing the reason as the location of the suspect being unclear. However, the location of the suspect was revealed again about a year later, and a request for a supplementary investigation was decided.

In addition, Big Hit Music has filed a civil claim for damages for cases in which criminal disposition had been determined.

"Even if it takes some time, we will hold the writer of malicious posts legally responsible. Please understand that it is difficult to disclose other specific processes or progress in order to secure the identity of the suspect and maintain the confidentiality of the investigation," the label said.

Big Hit Music also states that in the future, they will be taking strict measures to ensure that malicious netizens receive a strong legal punishment, as is in the past, they will not be lenient or make agreements in any case.

"We regularly collect, report, and take legal action against malicious posts against BTS. We ask fans to actively report issues related to artists under Big Hit Music through the new Big Hit Music legal response account. We are always grateful for the love and devotion of our fans to BTS," the label urges.

Big Hit Music ends its statement by promising to work tirelessly to protect the rights and interests of its artists.

Meanwhile, BTS is gearing up for the release of their upcoming single CD "Butter" on July 9.

What are your thoughts on Big Hit Music's statement?