In a 36-second teaser, the seven BTS members - RM, Jin, Suga, J-Hope, Jimin, V, and Jungkook - are shown humming in separate spaces that eventually converge into a white cube.

The teaser then asks, "Is 'good' good enough? Get ready to unfold."

The video, available on the Samsung Mobile Twitter page, is posted with the caption "When all the humming voices finally come together, #SamsungUnpacked is coming your way." 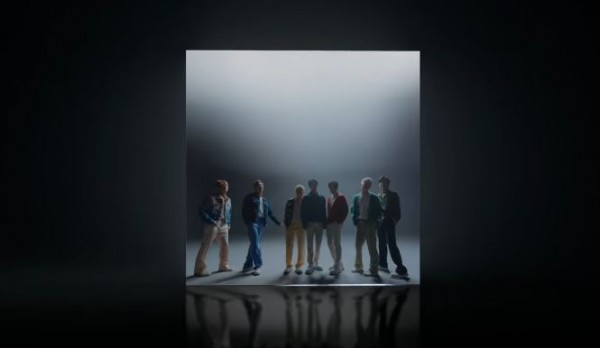 The teaser was released ahead of the Galaxy Unpacked event, set for August 11, 10 AM EDT. Fans of both BTS and Samsung can watch the upcoming event, as well as the HYBE Entertainment superstars' performance, on the Galaxy Unpacked live stream event website.

The latest teaser and Unpacked event mark the latest in the partnership between the Korean global icons.

In 2020, BTS teamed up with Samsung Electronics to reveal a limited-edition BTS-themed version of the Galaxy S20+ smartphone and the Galaxy Buds+, sporting the group's iconic purple color and logo, among other designs inspired by the "Dynamite" artists. Earlier this year, BTS starred in a 15-second advertisement for the Galaxy S21 Ultra 5G.

It was followed by a 1:31 "Full Version" of the commercial, featuring the impressive visuals of the BTS members as well as the power of the new Samsung Galaxy S21 Ultra 5G.

Questioning when is "good" good enough, the latest Samsung campaign exemplifies why change is a good thing. Introducing users to a new level of comfort, power, and convenience they never thought possible, the upcoming event is expected to publicly announce the brand's new electronic gadgets, including two new folding phones, smartwatches, and a new line of wireless earbuds.

Leaks surrounding the event strongly suggest that the products be "unpacked" include the latest entries in its Galaxy Z Fold and Z Flip phones, as well as its supposed partnership with Google: a smartwatch with Wear OS 3.

The seven-member K-pop boy group was first formed and 2010 and debuted in 2013 under Big Hit Entertainment, now known as HYBE Corporation.

Since then, they have released a total of three single albums, nine studio albums, six compilation albums, and a soundtrack album. They have gained worldwide fame with their unique musical style, most of which come from the members' initiatives, as well as socially relevant themes tackled in most of their songs such as social identity and mental health in the youth.

Their success, influence, and countless records have led Hugh McIntyre, writing for Forbes, to describe BTS as "easily the biggest and most successful name in K-pop in the world" capable of doing "things no other name in their genre can."