In June, SM Entertainment confirmed that the K-Pop girl group Red Velvet is preparing for their comeback this month after over a year of hiatus. This comeback could mean something for the girl group that will be facing a contract expiration this August.

Red Velvet came from the agency SM Entertainment. They are one of the forerunners of 3rd generation K-Pop together with BTS, BLACKPINK, and TWICE. The group formerly debuted with only four members on August 1, 2014. And then Yeri joined the group the following year.

The girl group has been on a hiatus since their last comeback in 2019, which they endorsed with the song "Psycho." Alongside their most anticipated return, they will also be celebrating their seventh debut anniversary this month. However, there is a catch: an average K-pop contract only lasts for 7 years.

When that time comes, the artists are given the choice to renew or not with the company. But there are contracts that have specifications that could extend the group activities for three years or more.

Red Velvet's new mini-album named "Queendom" will be released on different music sites at 6 PM (KST). Aside from that, the music video for the title song "Queendom" could also be found through the YouTube SMTOWN channel at the same time.

The album features the title song "Queendom," which has a stimulating atmosphere with a remarkable hook and the members' gleeful vocals. The album also includes the songs "Pose," "Knock On Wood," "Better Be," "Pushin' N Pullin," and "Again, Summer (Hello, Sunset)."

YOU MIGHT LIKE TO READ: Red Velvet Joy Reveals the Real Story Behind Her Iconic 2017 MAMA Photo

"It's a comeback after a long time, so we're happy and excited, and we're trembling just like when we debuted. We prepared all 6 songs with excitement, so we hope that you can enjoy them comfortably on a hot summer day and that good energy will be transmitted to many people," Red Velvet stated.

Furthermore, the title song "Queendom" contains the message that everybody is a queen and king in their lives. The girl group hopes that everyone who listens to the song will gain strength and always be happy. 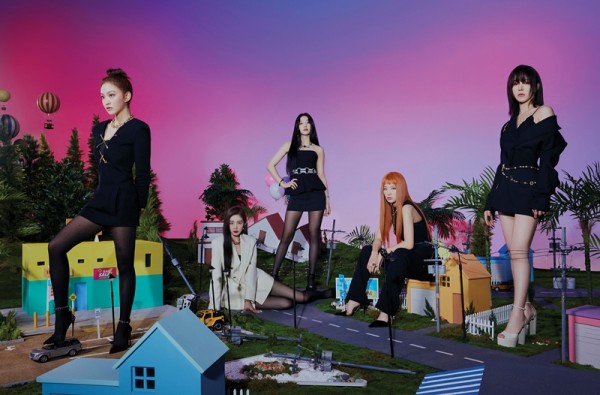 Red Velvet is one of the groups that push the boundaries of K-Pop continuously. Through their unique sound and out-of-the-box concepts, they sure capture the fans' attention. Also they range from cute summer bops to even mature and darker releases. However, they still remain fresh and surprising by taking advantage of their "weirdness" as this was featured by their songs like "Zimzalabim" and "Peek-A-Boo".

The ReVeluvs (Red Velvet's fandom name) are looking forward to their comeback. And since it comes along their 7th anniversary, it seems that there will be more in store for Red Velvet's supportive fans. There is no doubt that they will support the girls wherever they go and what they will do in the future.