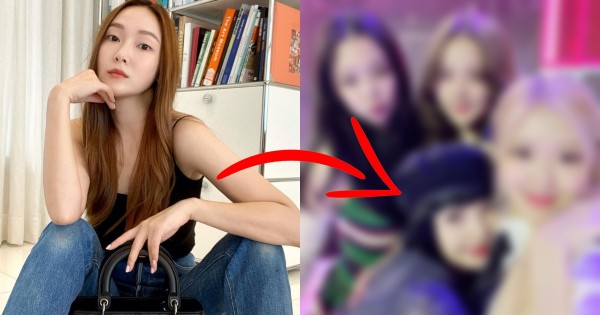 Jessica Jung Spills on Who Her Favorite Girl Group Is

On August 16, Jessica Jung uploaded a video to her YouTube channel titled "Curious? Ask away."

Jessica revealed that she shared an "Ask Anything" post to her Instagram Story and received over 3,400 comments in the video. She apologized to her fans, saying that she would be unable to answer all their questions, but she would try her best.

In the video, Jessica was asked a number of questions about her situation, her plans to release a new song, her work process, and her hobbies with her sister Krystal, who is a member of f(x) and an active idol.

One of the questions Jessica was asked was, "What is your favorite girl group?" Jessica drew attention by answering "BLACKPINK" without a moment of hesitation

Jessica's answer did not surprise many, as it was revealed a few months before that she is close friends with Jennie.

ALSO READ: Jessica Jung Reveals When She Wants to Get Married

Back on May 21, Jessica uploaded a video to celebrate her birth month. On the fifth day of her birth month, many fans were surprised to hear a familiar voice dining with Jessica. Though her whole face was not seen, many immediately knew that it was Jennie, as Jessica nicknamed her "Nini" in the video, which is a nickname fans also call the idol.

For Jessica's birthday, Jennie gifted Jessica a rose-shaped birthday cake and a pearl necklace. Both gifts were loved by Jessica, who thanked the idol wholeheartedly.

In the video, Jennie gave fans a glimpse of her cheek. She wondered if fans would be able to identify her with just that small feature, and they definitely did. Jessica also gave fans a close-up of Jennie's eyes and, at one point, squished her cheeks. Jessica also showed fans Jennie's baby hairs, saying it was a hint to identify who she was dining with.

Is your favorite girl group BLACKPINK too? Tell us in the comments below!