Holy Bang's Taro, a professional dancer and Mnet's Street Woman Fighter participant, expressed dissatisfaction over the "evil editing" of the show during her battle with Lee Chaeyeon, a former IZ*ONE member.

On September 1, Holy Bang's Taro drew attention after uploading Instagram Stories that are speculated to be sniped at Mnet's bad editing, particularly during her dance battle with former IZ*ONE Chaeyeon. 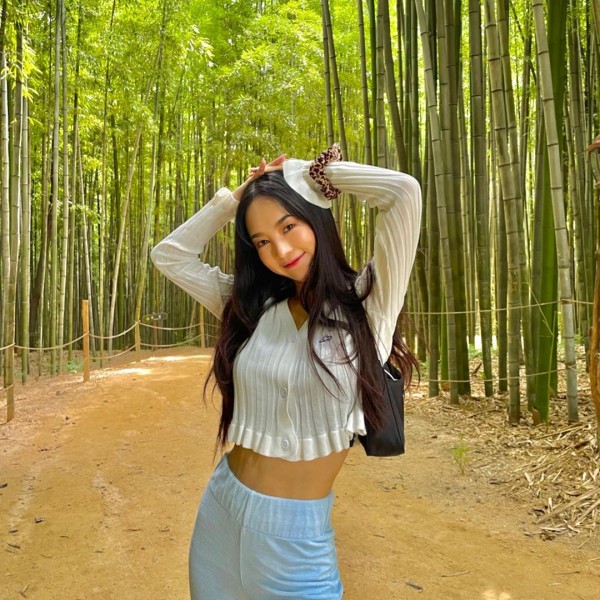 On the professional dancer's IG story, she said, "Please stop it! Let's have a battle with me! The sacrificial lamb for your 'growth story' is getting angry!"

She added lyrics from EXO's hit song "Growl," and attached a photo of a dog showing its grinding teeth. 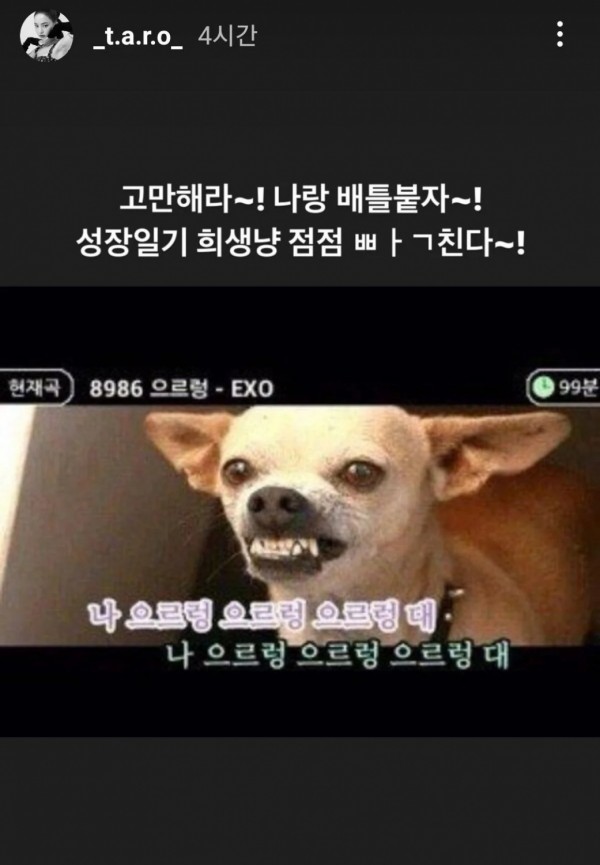 After a while, she added another Instagram story which seemed to be a response to her haters, saying, "No matter if it's good or bad, I love all comments. I'm not even showing my full dance skills for the past 10 years that some may be considered both short and long. So please, show lots of support in the future to Taro and Holy Bang. (Yes, it's right, I'm an original provocative Lord of the Underworld!). "

In Mnet's Street Woman Fighter Episode 2, viewers were disconcerted at how the show is poorly edited to draw in attention.

In particular, Taro previously competed with Lee Chaeyeon, a member of Crew Want. At that time, Lee Chaeyeon received six "NO RESPECT" stickers from other dancers because she was an idol. She also lost four consecutive dance battles in the first broadcast.

During the show, Taro asserted Lee Chaeyeon is the underdog. The video posing as if she was looking down on her got a head start.

Later, Lee Chaeyeon suddenly had a dance battle with Taro, and as if it's a drama with a plot twist, the K-pop idol won the flag of victory against the professional dancer with her spectacular stage despite the previous prejudices.

In the subsequent interview with the production team, Lee Chaeyeon said, "I was criticized for not being able to do it because I thought I was an idol, lost four in a row, and I really wanted to run away. I didn't want to give up because I looked weak."

This situation, however, does not sit well with many viewers, claiming that the show is trying to set up the other dancers to appeal to Lee Chaeyeon's "growth story."

Some internet commenters said, "They are using Taro as a 'sacrificial lamb' for this," "Taro is a victim of 'evil editing'," and many more.

Meanwhile, other internet users commented negatively with her posts, saying, "Such an attention-seeker," "Don't drag Lee Chaeyeon to this," "If you have any complains, say it to the show," and more.

The Instagram posts of Taro are now deleted without any explanation.