TOMORROW X TOGETHER, whose members are Subin, Yeonjun, Beomgyu, Teahyun, and Hueningkai, announced on Weverse, the global official fan community platform, that they will be holding their first-ever solo concert named "TOMORROW X TOGETHER Live " on October 3. The concert will be held through virtual live streaming simultaneously.

TOMORROW X TOGETHER to Hold a Series of Virtual Concerts

The word "ACT," means "act" in performances like plays. It is used in the name of the concert to attract attention. Big Hit Music, the group's agency, stated that it tells the story of five boys who went through the "Dream Chapter" and "Chaos Chapter," also, it contains the ambition of TOMORROW X TOGETHER to create a special concert that will serve as the starting point of the story that will eventually unfold in the future.

TOMORROW X TOGETHER is expected to attract the hearts of fans all over the world with their energetic live performances. 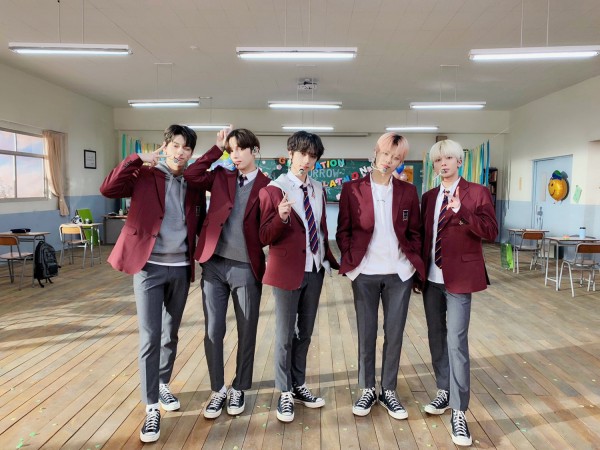 The poster for TOMORROW X TOGETHER's forthcoming concert was also released along with the announcement, it attracts the attention of fans from different parts of the world. On the poster, the TXT members posed in front of a hole where different colors of the sky can be seen through it. They all sport all-white shirts and black short pants. The TXT boys showed off a marvelous look. 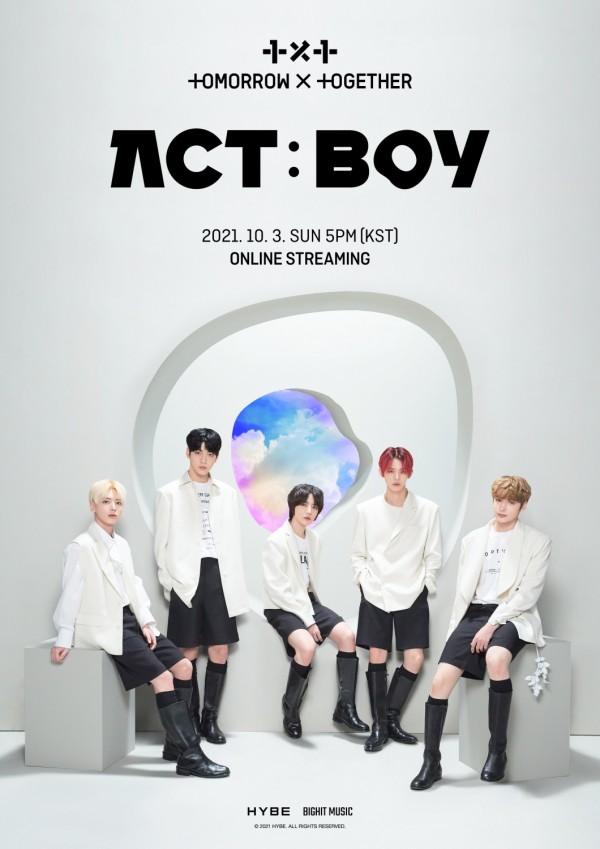 Further details of the ticket reservation for TXT's "TOMORROW X TOGETHER Live " concert will be available soon on Weverse and Weverse Shop as soon as the concert date comes.
Tomorrow X Together, which has made all stages with their rich expressive power, is expected to captivate the hearts of fans around the world with lively live performances and performances.

TOMORROW X TOGETHER Enters US Billboard 200

The record is the 2nd week after it successfully re-enters the chart last September 4 along with the addition of the repackage album "Chaos Chapter: FIGHT OR ESCAPE," it followed the record for nine consecutive weeks after being on the 6th spot on the chart last June 19.

This is the longest "Billboard 200" chart record amidst K-Pop group albums that were released this year, aside from the TXT's global influence getting stronger together with the results of different charts like World Album, Top Album Sales, Top Current Album Sales, and Taste Maker.

IN CASE YOU MISSED IT: TXT Re-Enters Billboard 200 Thanks to Repackaged Album 'The Chaos Chapter: FIGHT OR ESCAPE'