In just seven days, ENHYPEN's "DIMENSION: DILEMMA" has reached the group's new career-high in terms of their pre-orders!

On Sept. 17, Belift Lab started the pre-orders for ENHYPEN's full album, which is due out in mid-October. It will be the rookie group's first-ever full-length album since their debut in November of last year. 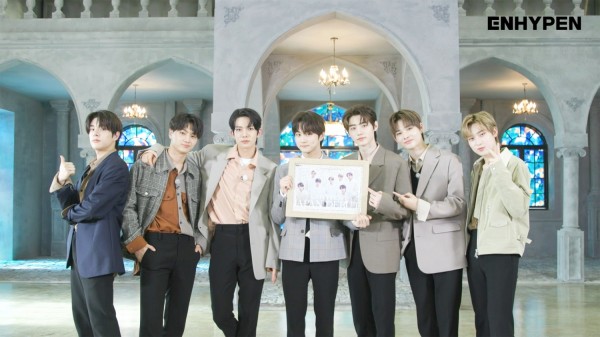 On Sept. 23, Stone Music Entertainment and Genie Music (the album distributors of ENHYPEN) announced that "DIMENSION: DILEMMA" has exceeded 600,000 pre-orders as of today (Sept. 23). It is composed of both domestic and overseas pre-orders that were tallied for seven days, starting from Sept. 17. 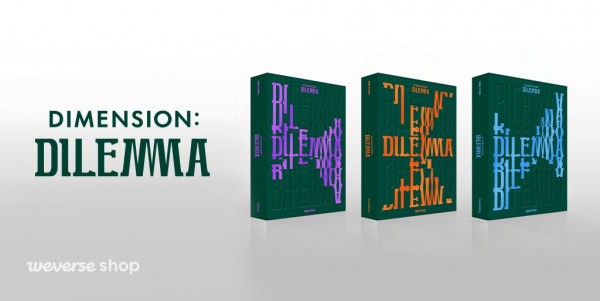 This shows a massive increase in the number of pre-orders from ENHYPEN's second mini-album "BORDER: CARNIVAL," which only reached more than 450,000 pre-orders 19 days after pre-orders opened.

Apart from breaking their record for highest pre-orders, ENHYPEN's "DIMENSION: DILEMMA" has also set the group's new record for the fastest album to surpass 400,000 pre-orders. The full album reached the feat in only seven days. 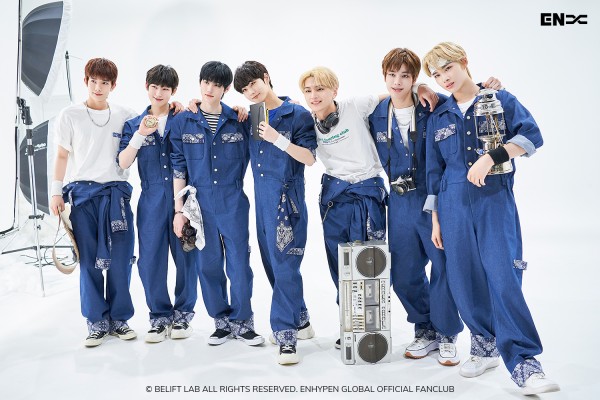 ENHYPEN's new record of over 600,000 pre-orders with "DIMENSION: DILEMMA" proves the new boy group's consistent growth in the industry.

"DIMENSION: DILEMMA" will be the rookie group's first album in six months since "BORDER: CARNIVAL." It was initially planned to be released at the end of September. However, the members tested positive for COVID-19 and had to enter self-quarantine. Hence, their comeback schedule was delayed.

The first teaser was dropped on Sept. 17 at midnight KST, and it is a trailer entitled "DIMENSION: DILEMMA 'Intro: Whiteout'." On the day before, Belift Lab announced that the six ENHYPEN members had completely recovered from COVID-19 and that all seven members were out of quarantine.

Following the trailer, ENHYPEN revealed their promotional schedule, which shows the content related to their upcoming album that fans can expect in the following weeks. 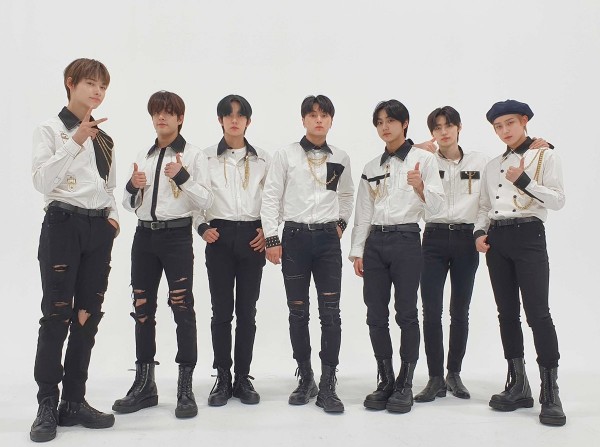 On Sept. 23, the rookie group released three "SCYLLA" concept moodboard clips for ENHYPEN's "DIMENSION: DILEMMA," with each clip featuring different sounds. The first one presents what seems to be a sound of a certain creature.

The second one is the sound of falling coins, and the third concept moodboard has a sound of a percussion instrument.

YOU MIGHT ALSO LIKE: BLACKPINK, BTS, ENHYPEN And More: These Are The K-Pop Groups That Received Gaon Certifications For September

According to the promotional schedule for ENHYPEN's full album, the "SCYLLA" concept moodboard will be followed by concept photo and concept film teasers, as well as more concept moodboards for "CHARYBDIS" and ODYSSEUS," which will be unveiled alternately. 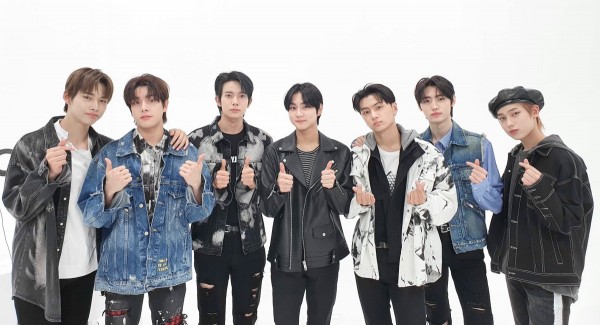 The tracklist for "DIMENSION: DILEMMA" will be out on Oct. 4, and the album preview will be unveiled on Oct. 6. After that, two official music video teasers for the albums' title song will be uploaded on Oct. 8 and 10.

Then, ENHYPEN's "DIMENSION: DILEMMA" will be officially released on Oct. 12 at 6 p.m. KST. On the same day at 7 p.m. KST, the boy group will hold a comeback show at Mnet.