MONSTA X will be taking the stage at this year's iHeartRadio Jingle Ball Tour!

On Oct. 2, the K-pop boy group announced their upcoming appearance in the "Jingle Ball" tour," the biggest year-end concert held every year by the famous local radio station iHeartRadio.

Since 2000, many of the best artists around the world including Shawn Mendes, Camila Cabello, Dua Lipa, Taylor Swift, Katy Perry, and Halsey have participated in the concert. 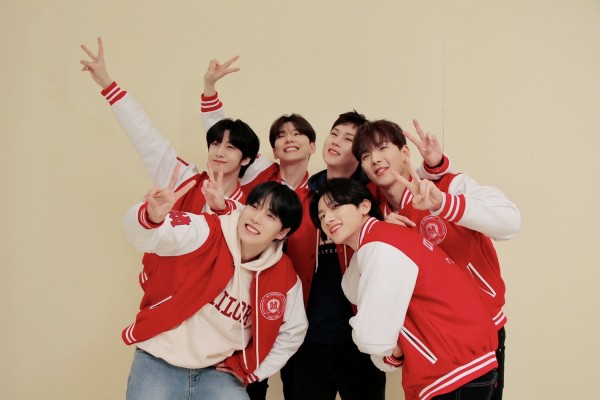 According to the schedule, the K-pop boy group will be performing at four stops during the iHeartRadio Jingle Ball Tour.

Only five MONSTA X members will be present at the iHeartRadio Jingle Ball Tour as Shownu enlisted in the military in July of this year. 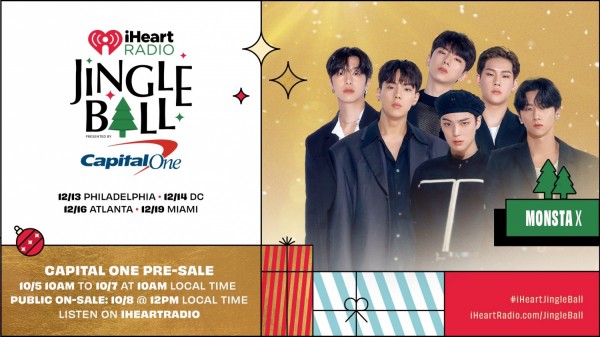 This will be the third time that MONSTA X will take part in the year-end concert after they joined two years in a row from 2018 to 2019.

In particular, the boy group performed a surprise collaboration with the world-famous electronic duo The Chainsmokers in San Francisco in 2018.

READ MORE: MONSTA X's All Songs from Their 'One of a Kind' Album Enter Top 20 of Billboard World Digital Song Sales Chart

In other news, the K-pop boy group returned to the music scene this past September.

On Sept. 11, MONSTA X dropped a new single, titled "ONE DAY," which contains English lyrics. The song was released on various music streaming platforms. Also, a music video for it was uploaded to YouTube.

"ONE DAY" is the group's first work in almost two months since "KISS OR DEATH," a promotional single dropped in July of this year as part of UNIVERSE Music, a series involving the release of new songs by numerous artists who joined the newly launched fandom app UNIVERSE.

"ONE DAY" is MONSTA X's fourth English-language work. In 2019, the group collaborated with Steve Aoki for the song "Play It Cool" and with Sebastian Yatra for another song "Magnetic."

In 2020, the band released their first full all-English album, titled "All About Luv," which entered at no. 5 on the Billboard 200 chart.

On the same as MONSTA X's "ONE DAY" was released, the boy group appeared on the famous music program "MTV Fresh Out Live," and also performed a live vocal stage of their new English single.

This is the first time that the sextet performed "ONE DAY" following its release. This song serves as a gift for fans who can't see the group in person due to the ongoing pandemic.

After their appearance on "MTV Fresh Out Live," MONSTA X guested on the popular American television show "Good Day New York" on FOX 5 on Sept. 18.