BUDDYs, are you okay?! The former GFRIEND members, Sowon, Umji, SinB, Eunha, and Yuju, sent a coffee truck to Yerin to support the latter's upcoming web drama. Keep on reading for all the details.

On October 3, former GFRIEND member Yerin shared a selfie to her Instagram Stories. The published photo revealed that her former GFRIEND co-members had sent her a coffee truck to support her upcoming web drama, Witch Shop Reopen. In addition, her photo included a caption that revealed just how touched she was by the gift. 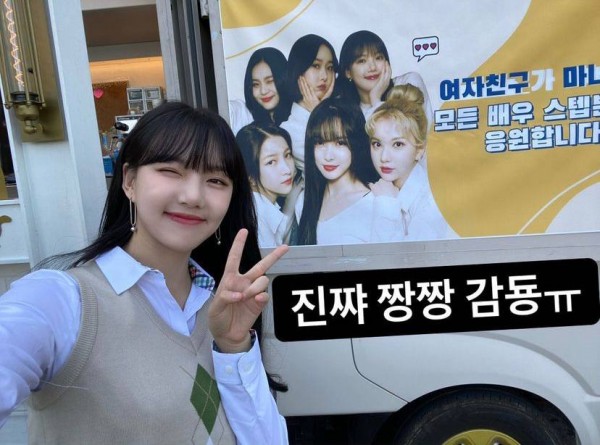 In another photo, she is seen next to a tarp that came with the coffee truck that reads, "Pigtail beauty, when did you become a witch?" In this Instagram Story, she tagged her fellow former GFRIEND members. 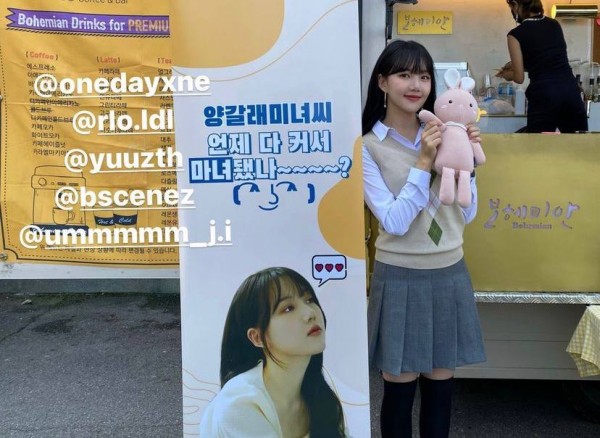 Yerin shared some photos of the coffee truck for her fans. The truck included framed pictures of Yerin during her days as a member of GFRIEND. She also shared a photo of iced coffee from the truck, which had a cup sleeve asking people to love Hae Na a lot. Lee Hae Na is the name of Yerin's character in the web drama. 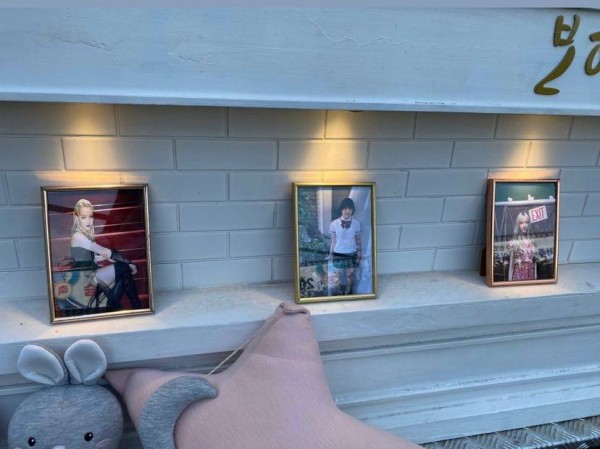 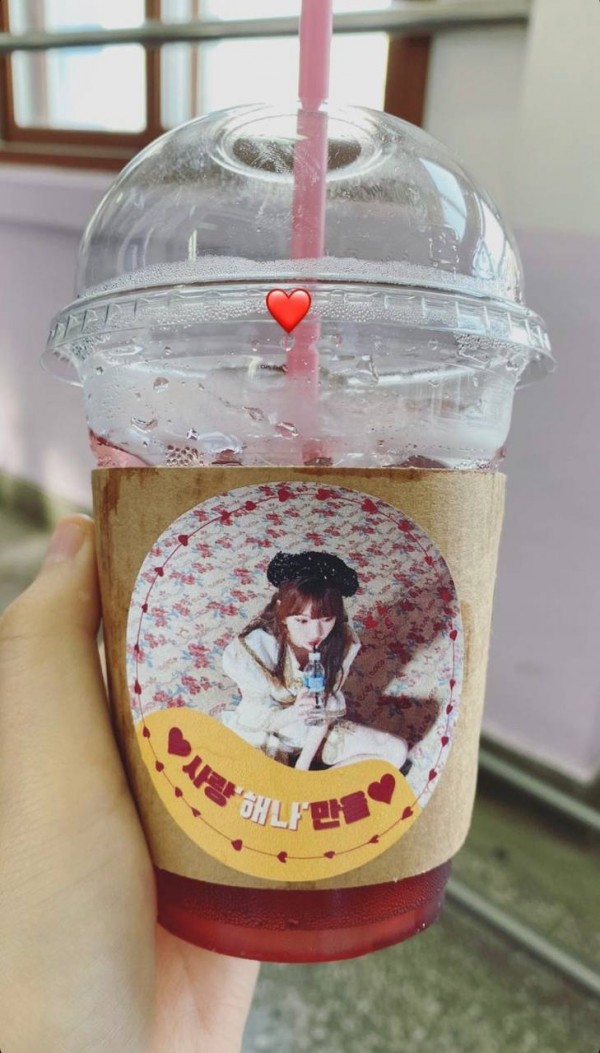 The former GFRIEND members soon took to their Instagram Stories to cheer on Yerin as she films. SinB shared Yerin's Instagram Story with the added caption "Princess, fighting!" Yerin shared SinB's story, revealing that she had cried because of how touched she was. 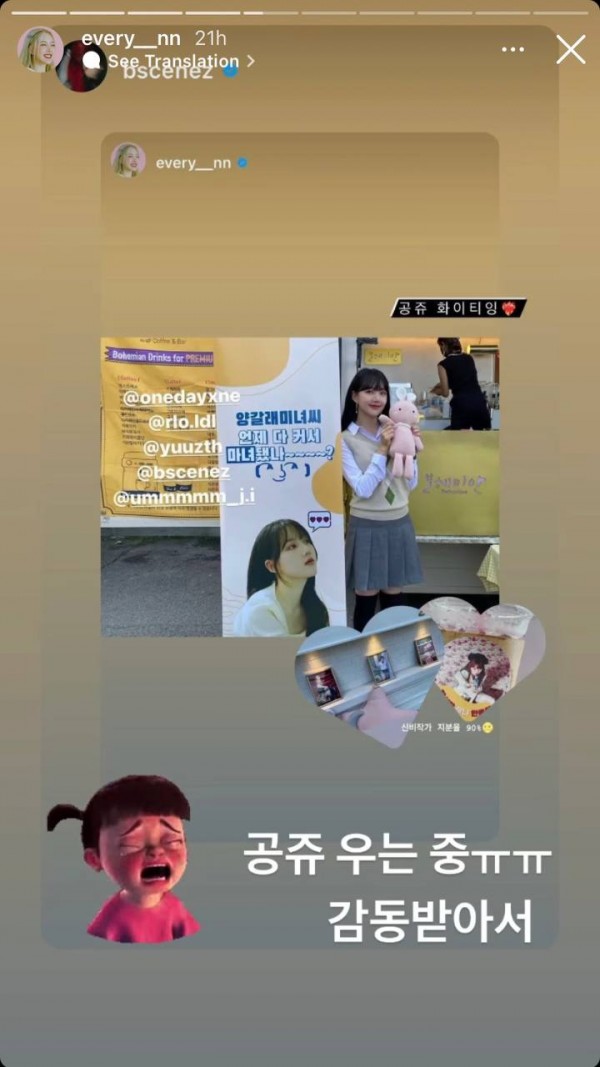 Umji also shared the Instagram Story and included a message that reveals she loves when Yerin smiles. Yerin also shared Umji's Story, saying that she had succeeded in touching her heart. 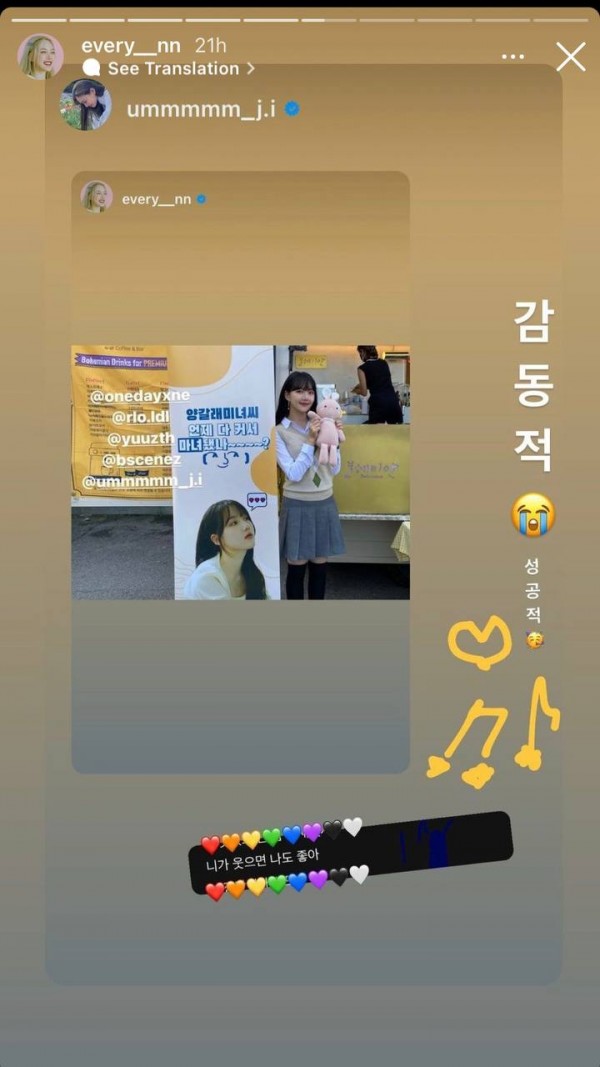 Yuju took to her Instagram Stories to encourage Yerin to eat a lot from the coffee truck! Yerin revealed that she was, in fact, eating a lot. 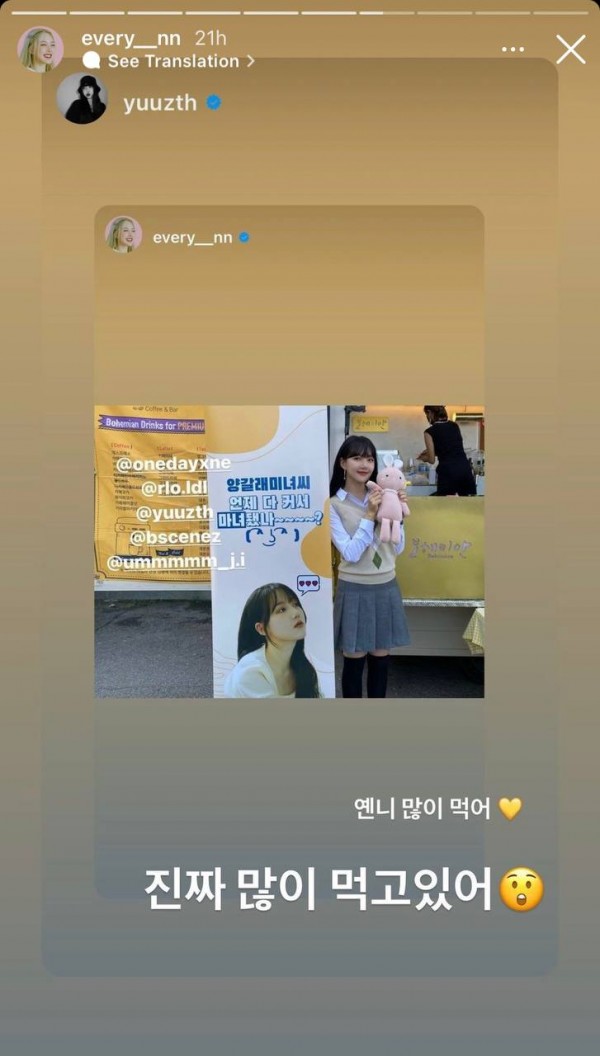 Sowon, who acted as GFRIEND's leader during their active days, revealed that she choked up seeing Yerin so happy. Yerin replied to this, saying that there was a sea of tears. How sweet! 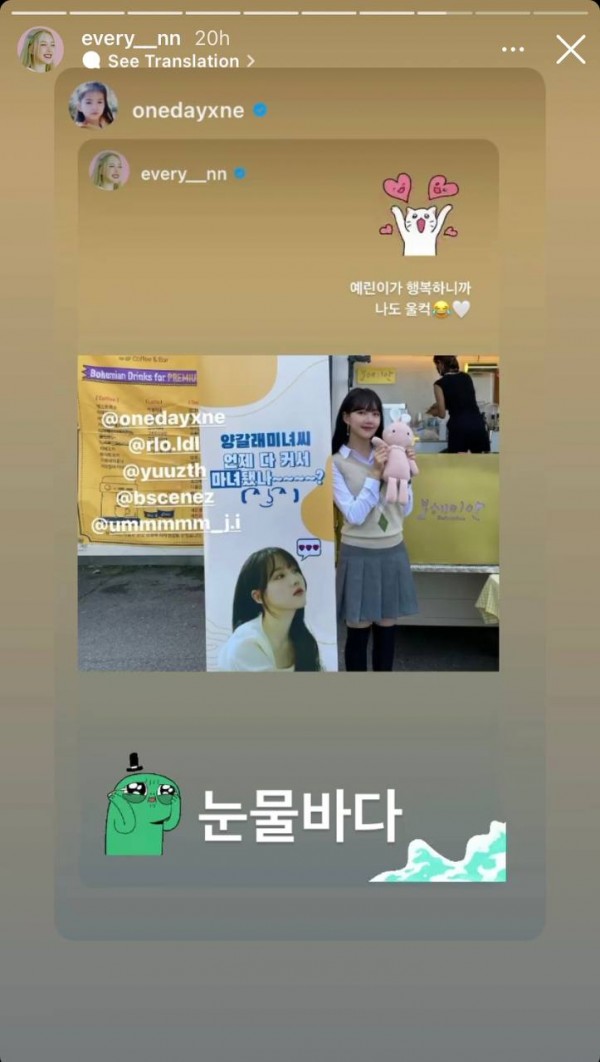 Eunha also took to her Instagram Stories, saying that she noticed that she was replying to the other GFRIEND members, and she too wanted a reply. She cheered Yerin on as she filmed her drama. Yerin, too responded to this, saying that she will reply more if she continues to post! 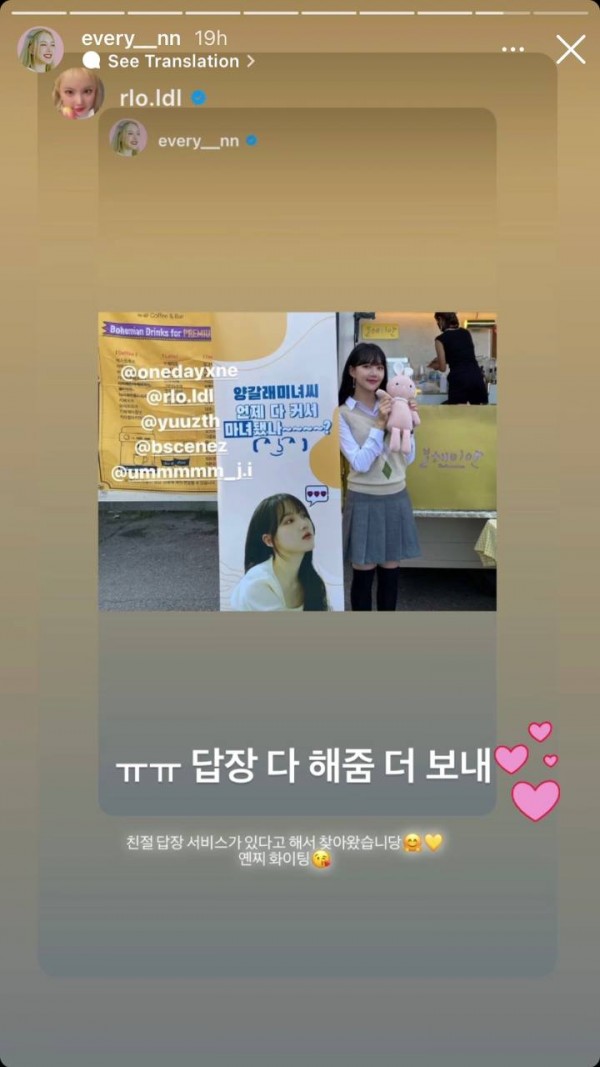 GFRIEND proved that even though they are no longer promoting as a group, their friendship is eternal! So what do you think of the situation? Tell us in the comments below!

On May 22, 2021, it was announced that all six members of GFRIEND had left Source Music after completing their six-year contract. This led to the group's official disbandment. Their disbandment had come as a shock to many, as Source Music had been sharing content for the group days before their disbandment, and there were even activities lined up for the girls for days after they suddenly disbanded. 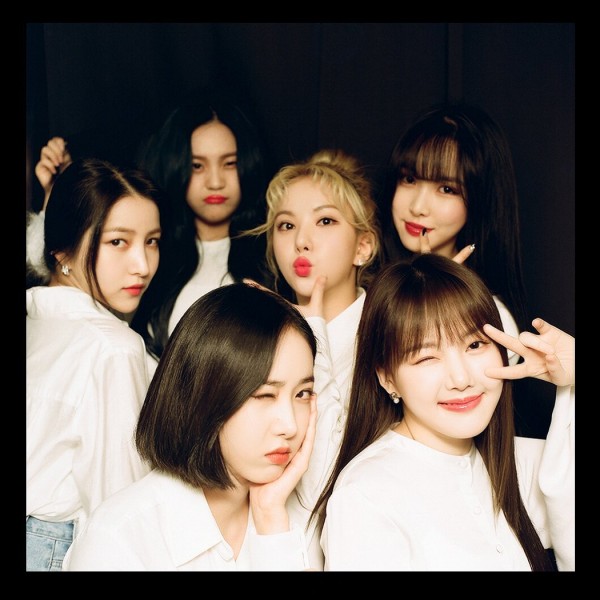 People are under the impression that GFRIEND was forced to disband due to Source Music's potential new girl group. However, these rumors were never confirmed.