EXO Xiumin has claimed the title of the "Best All-Rounder Artist in 2021"! He even unveiled his MBTI type on the same day. Continue reading to obtain full details. 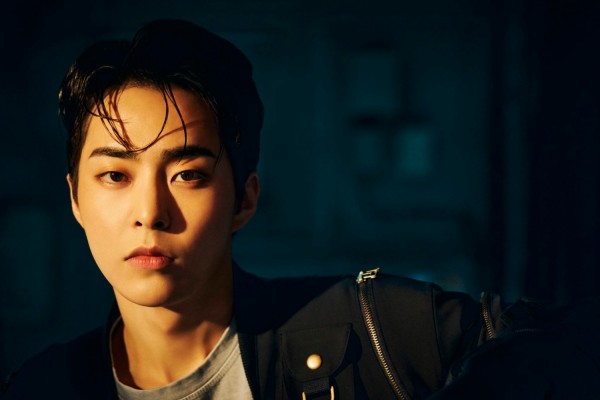 According to their official website, FanPlus is an extensive app for global K-pop fans that provides a variety of content and communication features. They are also known for holding voting contests and the prizes are ads in well-known spots around the world including New York Times Square in the United States, Ningbo in China, Incheon Airport in Korea, subway ads, and more.

According to FanPlus, EXO Xiumin claimed the No. 1 spot in the final rankings with a total of 974,390,503 votes from around the world. 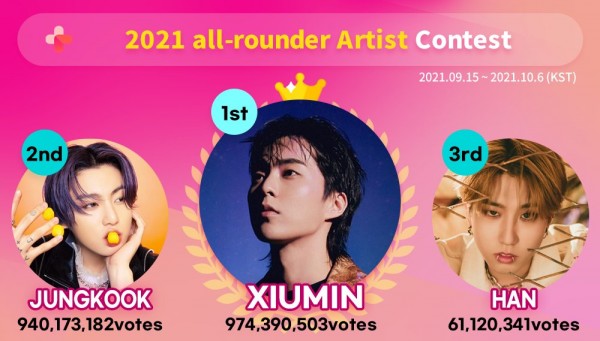 Coming in second place is BTS Jungkook and in third place is Stray Kids Han. Between Xiumin and Jungkook, there is a difference of more than 30 million votes.

Since EXO Xiumin has been hailed as the "Best All-Rounder Artist in 2021," FanPlus will reward him with advertisements in Yongsan iPark Mall, a shopping/entertainment complex located in a hotspot in Seoul, South Korea, where 150,000 visitors come by per day.

READ MORE: EXO Xiumin Reveals He Hid This from His Parents When He Was Still a Trainee

There will be 11-meter LED Ads and 7.3-meter LED Ads made by fans that will be displayed both in iPark Mall and at Yongsan St. main gate.

Xiumin's advertisements on the LED screen at Yongsan iPark Mall will run for seven days, while the ads at Yongsan Street will be for 14 days. 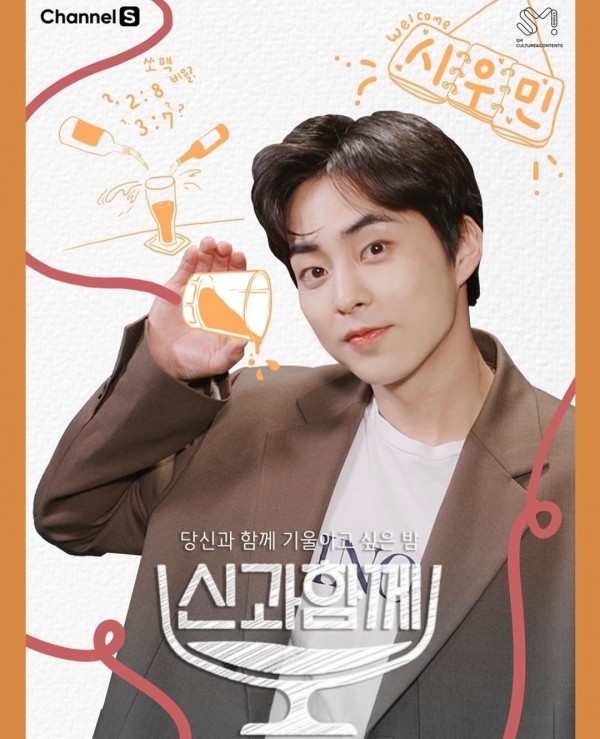 Meanwhile, BTS Jungkook also has a prize. He will be advertised on the Subway CM board at a station in Seoul for seven days.

In the past months, Xiumin has proven his skills as an all-rounder artist as he does not only carry out activities as a K-pop idol but also as a host or cast member and also as a musical actor.

Congratulations to EXO Xiumin on winning the "Best All-Rounder Artist in 2021" title!

What is EXO Xiumin MBTI? 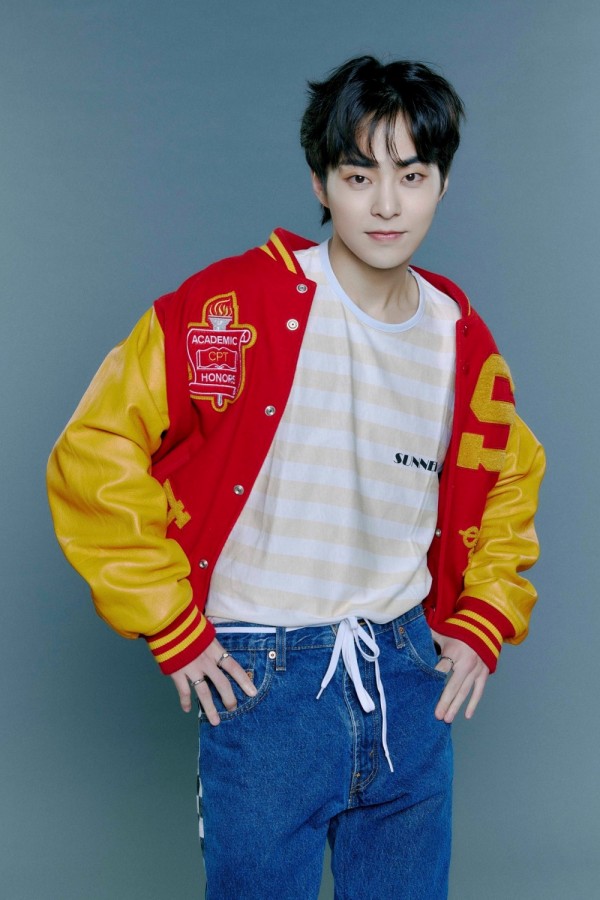 He stopped by the platform to share with the fans that he did an MBTI test and also revealed the result.

YOU MIGHT ALSO LIKE: News Broadcast Creates Confusion after Mistaking EXO Baekhyun as Xiumin During COVID-19 Report

An MBTI (Myers-Briggs Type Indicator) test is a psychometric questionnaire made to measure psychological preferences in how an individual understand the world and makes decisions.

To put it simply, the MBTI test is a personality test used to help people understand themselves about how they work and learn.

In his message on Dear U Bubble, EXO Xiumin said, "Everyone is interested in MBTI these days, so I tried it, too. You're curious, right?"

He did d MBTI test! He is a Defender! A dedicated and warm protector who is always ready to defend their love ones. 🥰 It's very him 💙

He also said that he's recording 😳😱... Is it for his solo album? 😍
(Please do not repost)#EXO #MINSEOK pic.twitter.com/WX3yWzy508

Xiumin then showed a photo of his MBTI test result, and it is "ISFJ-T." A person with an "ISFJ-T" personality is someone very dedicated and is a warm protector. Also, they are always ready to defend their loved ones.

After sharing his MBTI type, EXO Xiumin bid farewell to the fans as he will start to record, raising fans' curiosity about whether he is recording songs for his solo album.