Calling all VERRER! VERIVERY has just announced that they will be embarking on their first U.S. Tour this December.

The 7-member group debuted in January of 2019 under Jellyfish Entertainment with the catchy, upbeat title track "Ring Ring Ring." Since then, VERIVERY has released multiple extraordinary albums, all while growing their fanbase locally and worldwide. They recently made history as the 4th K-Pop group to land a second #1 debut song on the Billboard's World Digital Song Sales chart-first with "G.B.T.B." and second with "Get Away."

VERIVERY will be taking their energetic and highly anticipated stages to 9 cities across the United States, starting December 9 in Los Angeles and ending on December 20 in New York City. 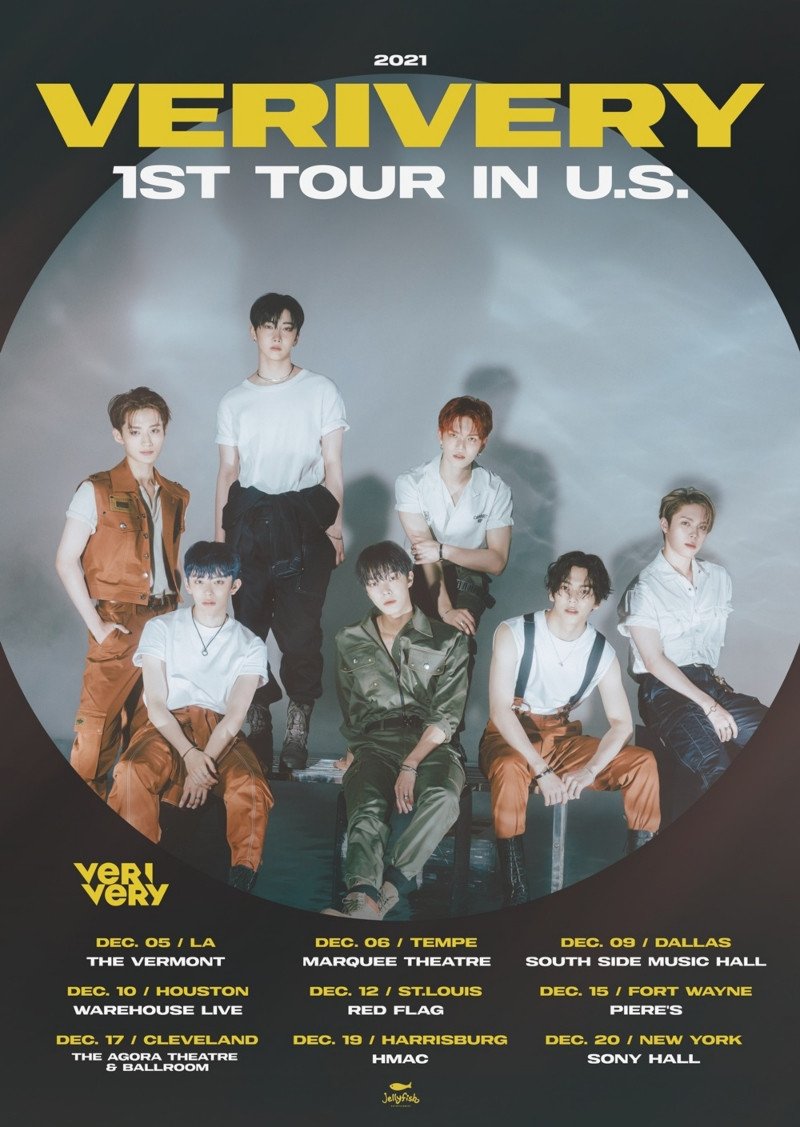 Safely protocols are being kept in mind as VERIVERY prepares for their U.S. Tour, and they plan to follow all preventative measures during their shows.

Check out the KpopStarz exclusive interview with the members of VERIVERY here.