Keep on reading to get new updates about the happenings in the K-pop scene.

Here are the Hottest K-pop Comebacks, Achievements, and More that You Might Have Missed:

After two years since her 2019 single "Bye Bye," f(x) member Luna finally returned to the K-pop scene with a new song, titled "Madonna."

Released on Oct. 6, Luna's "Madonna" is an EDM/hip-hop song that pays homage to the American singer Madonna.

On Oct. 6, N.Flying made their second comeback this year with "TURBULENCE," the repackaged version of their first full album "Man on the Moon."

"TURBULENCE" consists of 13 songs, one of which is the title track "Sober." N.Flying member Le Seung Hyub wrote the lyrics for "Sober" and also participated in composing it.

N.Flying's "Sober" portrays the troubled feelings of modern youth who can't seem to get peace of mind as if they are an airplane encountering turbulence. The song contains a comforting message that youth can fly again at any time while they are still in the process of developing.

ALSO READ: IN THE LOOP: BLACKPINK in Paris, TWICE 'The Feels,' aespa 'Savage,' & More of This Week's Hottest News and Releases

BLITZERS Will Make a Mistake

BLITZERS made their first comeback since their debut with their second EP, "Seat-Belt."

Together with the rookie boy group's new EP, the music video for the title song "Will Make a Mistake" was dropped on Oct. 6.

Dropped on Oct. 7, Jo Yuri's "GLASSY' contains the title track of the same name, which is a dance pop-genre song with an addictive chromatic melody alongside string and 808 bass sounds.

On Oct. 7, PIXY is another rookie group who made a comeback this October with the release of their second EP, entitled "Temptation." Composing nine songs, the album includes new Korean songs as well as their English versions. 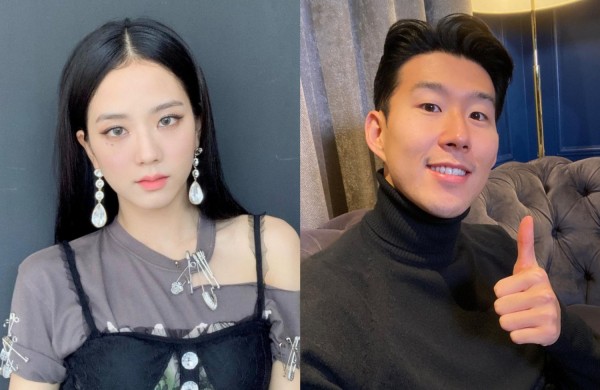 Three days later, YG Entertainment released a formal statement to shut down the rumors, which they said to be "groundless."

On Oct. 8, TWICE landed on the United Kingdom's Official Singles Chart for the first time since their debut. Their first English single "The Feels" secured the No. 80 spot for the week of Oct. 8 to 14.

On Oct. 11, Billboard released the latest rankings for their Digital Song Sales Chart for the week ending on Oct. 16.

According to the chart, BTS x Coldplay's "My Universe" secured the No. 1 place with 42,600 points.

With "My Universe" taking the first spot, BTS has now spent 45 weeks atop the Digital Song Sales Chart, becoming the artist with the most No. 1s in the chart's history.

YOU MIGHT ALSO LIKE: IN THE LOOP: Lisa 'LALISA,' TWICE at Shopee 9.9 Show, Rosé at Met Gala 2021, & More of the Latest Happenings in K-pop This Week

In almost six months since the release of their second EP, "BORDER: CARNIVAL," ENHYPEN returned to the K-pop scene with their first full album "DIMENSION: DILEMMA" on Oct. 12.

One of the eight songs from ENHYPEN's full album is the title track "Tamed-Dashed." Bang Si Hyuk, Wonder Kid, and other hit-making producers took part in creating "Tamed-Dashed," which has guitar and synthesizer sounds that exude 1980s vibes.

TRI.BE Would You Run

Another K-pop comeback on Oct. 12 is from the rookie girl group TRI.BE. The seven-member band released their first mini-album "VENI VIDI VICI," which contains six songs including the title track "Would You Run."

TRI.BE's "Would You Run" is an EDM-inspired song that conveys the feelings of flying up high.

Which one of the latest songs is your favorite so far? Tell us in the comments!