From the submissions of Mnet's "Girls Planet 999" viewers, "Kep1er" was selected as the final group name of the debuting lineup. On October 25, the agencies who will co-manage the upcoming team explained the official meaning of the team, and how long will Kep1er be active.

On the 25th, Wake One Entertainment and Swing Entertainment, who will co-manage the top 9 from "Girls Planet 999," confirmed the group's official name and its meaning.

Along with this, the two companies also hinted at the time of the group's launch in the K-pop industry and how long will the group be active based on its contract.

What is the Meaning of Kep1er from 'Girls Planet 999'? 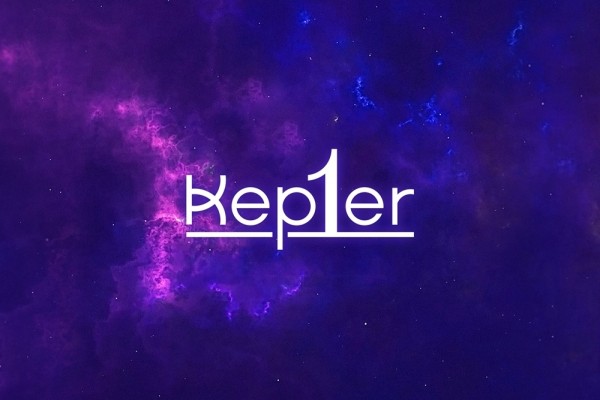 On the 25th, Wake One and Swing Entertainment announced, "The TOP9, which was finally selected from Mnet's "Girls Planet 999," will confirm the team name as 'Kep1er' and start preparing for their debut in earnest."

According to its official meaning from the agencies, "Kep1er" is an amalgamation of "Kep," which means catching a dream in British, and the number "1", which means that nine girls will come together as "one" to become the best.

How long Will Kep1er be Active? Contract Period with Wake One and Swing Entertainment 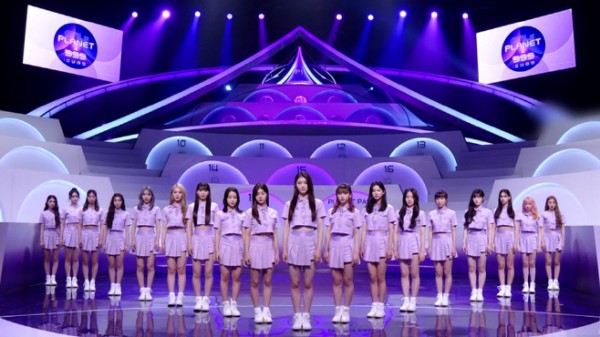 Furthermore, the confirmation of the group's name, Wake One and Swing Entertainment, also announced that they would take charge of joint management to actively support team activities, and Kep1er will carry out various activities over the next two and a half years — making it a girl group project.

On the 22nd, the official logo of Kep1er was released first, along with the opening of its official SNS accounts such as Twitter, Facebook, and Instagram. It was expected that more details and information from the group would be posted on the aforementioned social media platforms.

As for when will the group debut, there is no definite date yet but the companies hinted, "Kep1er will start preparing for its debut album immediately. The related promotion schedule will be released later, so please continue to pay a lot of attention to Kep1er."

Also Read: Introducing Kep1er: These are the 'Girls Planet 999' Contestants Who Will Make Their Debut

From 'Girls Planet 999" Finalists to Kep1er: Fans Raise Expectations About the Position of the Members 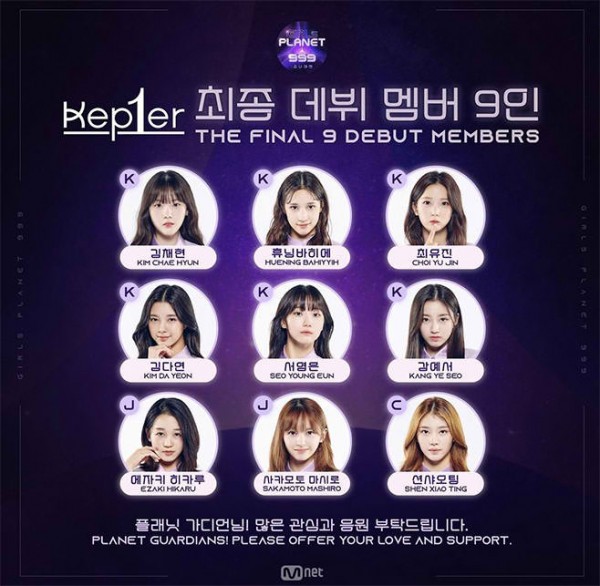 During the survival show, the 99 members all showed incredible talents in all areas – may it be singing, dancing, rapping, and songwriting.

Among them, only the Top 9 were given the opportunity to debut, including Kim Chaehyun, Huening Bahiyyih, Choi Yujin, Kim Dayeon, Seo Young Eun, Kang Yeseo, Ezaki Hikaru, Sakamoto Mashiro, and Shen Xiao Ting — who was also confirmed as the members of the new girl group Kep1er.

As Chaehyun was voted as No.1, it was expected that she would fulfill the position of the center, similar to how other Mnet's survival show worked. There are also expectations if she will become the main vocalist of the group – which is one of the reasons how she captured the love of viewers.

There is also the curiosity of who will be the leader, given the amazing leadership shown by members such as Yujin (CLC), Dayeon, and Mashiro.

For the main dancer spot, there is also discussion that one from Young Eun, Xiao Ting, Hikaru, and Dayeon could fill the position.

Lastly, born in 2005, Kang Yeseo automatically became the maknae of the group and most loved youngest member.