Former Jewelry member Seo In Young explained the rumors surrounding her. In a broadcast, the first-generation idol denied she beat her junior singer IU in the bathroom, and also clarified she didn't fight with Jessi in the past.

On November 2, idol-singer Seo In Young appeared as a guest of the IHQ drunk talk show, "Bills on Big Sis!"

In the show, the idol-turned actress quashed the rumors she hit her juniors IU and Jessi, adding her "fighter" image also has setbacks.

Seo In Young Clarifies Rumors About Hitting IU in the Bathroom 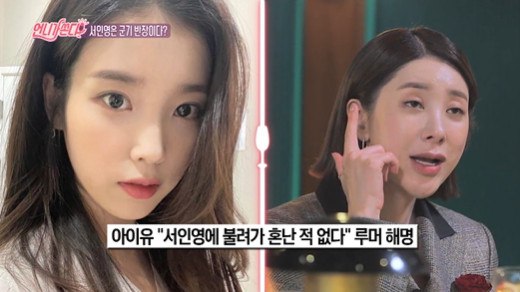 In the broadcast, Ahn Young Mi joked to her close friends Seo In Young and Son Dam Bi she felt like the two of them have fought once in the past.

"I keep going with the image of a fighter. It must be something that I made, a little bit of my fault. I'm quick to admit it, I accept it. But I've never said I'm strong," Seo In Young replied.

The Jewelry member then started to defend herself and expressed how she's tired of the "inside joke" that makes her look like a mean person. She then expressed her embarrassment when rumors sparked she took her junior IU to the bathroom and hit her. 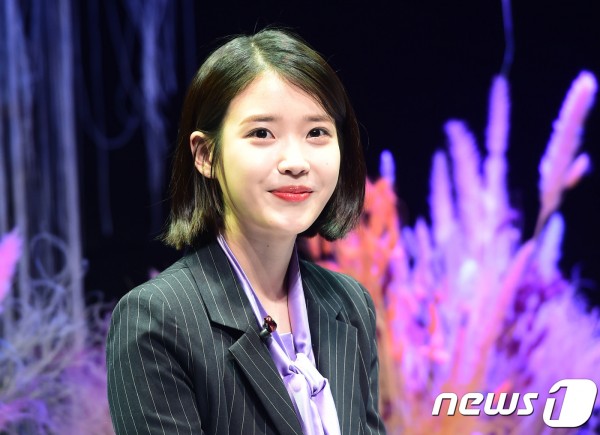 "I mean, these people's (malicious commenters) thoughts are so interesting. Why should I drag her to the bathroom? If I want to hit her like that, I'll just hit her in the waiting room," drawing laughter.

Seo In Young Denies She Had a Physical Fight with Jessi

Regarding the rumor that "I went to the verge of a physical fight with Jessi," Seo In Young revealed she's actually friends with the rapper.

"I've seen her since she was 17 years old until now. What's funny about this rumor is that I was close to Jessi and got along well since I was young, so I played a joke when we went on an entertainment show together. Jokes can also be done when you're close, or rather draw a line," Seo narrated. 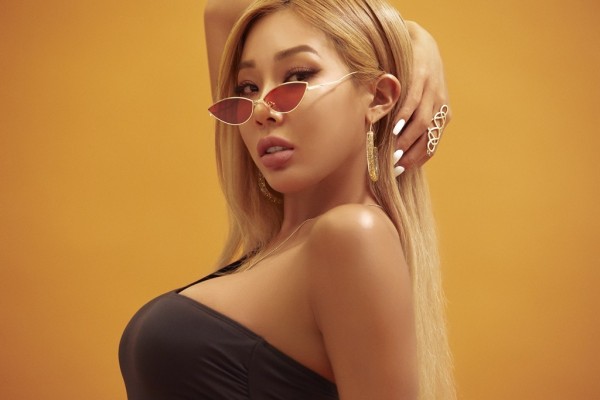 "What was misleading at that time was that I played with my heart a little hard. Jessie said there was another time when we almost fought. We didn't think that deeply and played around for entertainment, but people were just going crazy. So I drew the line, saying, "It was amazing," she added.

Due to her inactiveness following Jewelry disbandment in 2015, Seo in Young confessed that these rumors turned into a misunderstanding where people who don't know her mistook it as her real personality.

"I'm a little tired now. It's not fun to use old ones (rumor)," Seo In Young concluded.

In particular, Jewelry was launched in 2001 under Star Empire Entertainment. In 2002, Seo In Young joined the group as an additional member and left the group in 2009.

Between those years, she rose into popularity as soloist Elly, and her fame continued after she joined "With You," where she played into a fake marriage along with Crown J.

READ MORE: These 5 Pairs of K-Pop Idols Have Had Public Feuds