TWICE member Jeongyeon reveals she hated one of TWICE's most iconic dance moves. Keep on reading to discover which one it is!

On November 19, odg released the latest installment of their series "You were a kid once," featuring TWICE members Jeongyeon, Jihyo and Tzuyu. In the video, TWICE was paired with students. There, the pairs would look back into TWICE's memorable career, starting from their debut with "Like OOH-AHH" and ending with "Alcohol-Free."

For their last comeback of 2016, they looked into "TT." When the song came out, Jeongyeon's partner noted that all of TWICE's songs were popular at that time. Seo Ki Tae, a student paired with Jihyo, said that at the time, everyone knew TWICE and their songs. Jihyo then asked if the student had ever danced to their songs, to which he shyly replied yes.

On the other hand, the student paired with Tzuyu revealed that from "Shy, shy, shy," which is Sana's viral line from "CHEER UP," kids started dancing "TT" and making the same poses as the TWICE members. She added that TWICE was extremely popular with elementary students at that time, and the student even called TWICE "superstars." This caused Tzuyu to smile, asking, "Really?"

Soon, Jeongyeon revealed that she actually hated doing the "TT" pose. She soon explained why, saying that she was in her early 20s while promoting the song, so she did not want to do something cute. As the student listened to Jeongyeon and watched TWICE's "TT" performance on the screen, she commented, "You are so good at it!" This causes Jeongyeon to laugh.

Seo Ki Tae asked Jihyo what kind of life they were living at the time. To this, Jihyo replied, "The previous day's schedule would go over the next day's schedule. So we did not have time to sleep at all, so we could not really feel it (the popularity). Then 'TT' was released, and at the end of the year, we started to feel it."

Tzuyu also spoke about the popularity they had at that time, saying, "A lot of people recognized us, and I was really surprised. I was really thankful."

The Popularity of TWICE's 'TT'

TWICE released "TT" on October 24, 2016, as the lead single of their third mini-album, "TWICEcoaster: Lane 1." It was one of the best-performing songs of 2016, ranking at the top of the Gaon Digital Chart for four consecutive weeks. 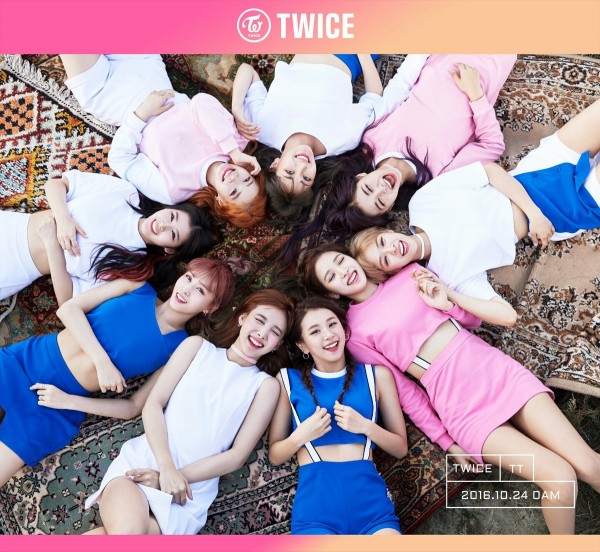