According to an exclusive report from Sports DongA, iKON is currently in the final stages of discussing their appearance on Mnet's "Kingdom." In response to the report, Mnet said to Sports DongA that the boy band is indeed coordinating with them with the possibility of joining the lineup of competing artists.

Mnet later shared that they will be announcing the rest of the lineup soon and also revealed that the first broadcast of "Kingdom" will air in April. Following these announcements, Mnet stated that TVXQ members, Yunho and Changmin, will be the ones to host the idol competition show.

A few hours later, Sports TV News reported that SF9 is currently in discussion of their appearance in Mnet's "Kingdom" and is in the final stages as well. They stated that they could probably be part of the boy group survival program along with other artists.

Meanwhile, Sports Kyunghang reported that BTOB was cast as one of the Korean acts to take part in Mnet's upcoming idol competition show, but has rejected the offer. It is said that members of the "Kingdom" production team invited BTOB because of their outstanding performances and vocal skills. However, it was reported that there were scheduling conflicts that would not permit the band to join.

In response to the report, BTOB's management company Cube Entertainment clarified that the group indeed received an offer to participate in Mnet's "Kingdom," but they are still in the process of talking about the matter and will share an update when it is already confirmed whether or not BTOB will compete in the boy group survival program.

In case, BTOB will end up joining the show, only four members would be present since Hyunsik and Yook Sungjae are currently serving in the military. Ilhoon will also not participate as he left the group in December 2020 following his marijuana controversy.

After the massive success of their girl group survival program "Queendom" back in 2019, Mnet has decided to launch a male version of the show, which is "Kingdom." But compared to "Queendom," the male counterpart began with a preliminary season called "Road to Kingdom," which was held last year, from April to June 2020. In the program, seven boy bands competed with each other, with The Boyz becoming the final winner. 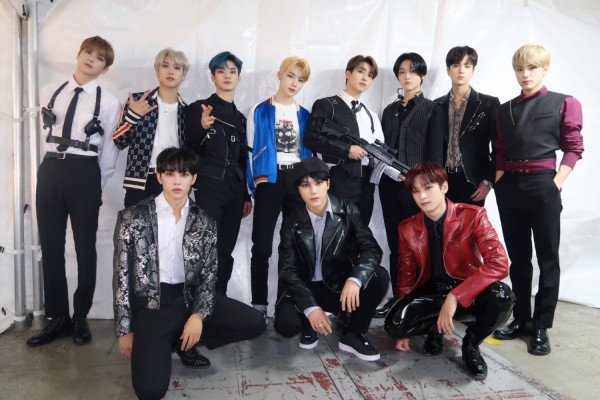 Currently, three boy groups are confirmed for Mnet's "Kingdom:" The Boyz, Stray Kids, and ATEEZ. The participation of Stray Kids and ATEEZ was confirmed through a teaser that was unveiled during the 2020 Mnet Asia Music Awards (MAMA). Expectations are rising for what kind of performances the boy bands will create in the idol competition show as all have been successful in K-pop and have become known all over the world for their impressive talents.

Are you excited to potentially see iKON, SF9, and BTOB appear in Mnet's "Kingdom?" Do you have other K-pop boy groups in mind that you want to join the lineup of the show? Share your thoughts in the comments!