On April 1, GOT7 members BamBam, Jay B, and Jinyoung announced that they will be going on a solo world tour, surprising many fans. While many Ahgases expressed their excitement on social media, some got suspicious since the announcements were made on April Fools' Day.

After their exclusive contracts with JYP Entertainment expired, all seven GOT7 members took the chance to make promotions as solo artists, though the boy group has not disbanded.

Among the members is BamBam who has joined ABYSS Company, home to a few artists, such as Sunmi, Park Won, and Urban Zakapa.

ALSO READ: GOT7 Bambam Thanks Fans for Tons of Gifts + Idol to Accept Only Handwritten Letters in the Future

On April 1, GOT7 BamBam took to his social media accounts to make an announcement. Through a teaser video, the "Encore" singer revealed that he will be holding a world tour this 2021.

Titled "BAMBAM Money City: World Tour 2021," the event is said to be coming soon and will take place in different cities around the world such as Seoul, Los Angeles, New York, Dubai, Bangkok, Brazil, and more.

Since a world tour is one of the major activities K-pop artists do, Ahgase (GOT7's fan club), especially the fans living in the countries mentioned in the moving teaser photo, were surprised by the announcement and got excited about BamBam's world tour.

However, some fans quickly took note that BamBam announced it on April Fools' Day, and concluded that the "world tour" news might be a prank as part of the annual custom.

And it turned out that fans were right.

After several hours, GOT7 BamBam confirmed the theories that his world tour was, in fact, a prank through another teaser video.

After posting this, he retweeted a post of one fan calling him out for his prank.

This is what is going to happen with you now Bambam 😒 pic.twitter.com/9Mo8DpbJ4i

After BamBam's confirmation, his fellow GOT7 members Jinyoung and Jay B (JB) also made a "world tour" announcement via Instagram.

Based on their Instagram stories, Jinyoung will have an "I DON'T HAVE TOUR" in 2022, while Jay B's solo world tour will be called "I'M NOT CUTE TOUR" and it will be held in 2028. 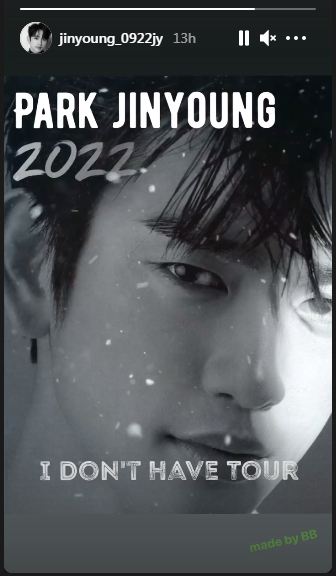 However, it appeared like BamBam was behind this as Jay B and Jinyoung revealed that the edited photos for their solo world tours were made by BamBam. 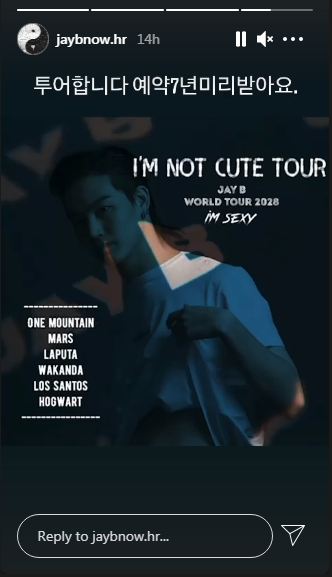 But the "world tour" series didn't end there. GOT7 BamBam posted another world tour announcement, and this time, it is for their fandom, Ahgase (also known as iGOT7).

In the poster, it says that iGOT7's world tour, titled "WHY ARE WE DOING THIS TOUR," will take place this 2021. 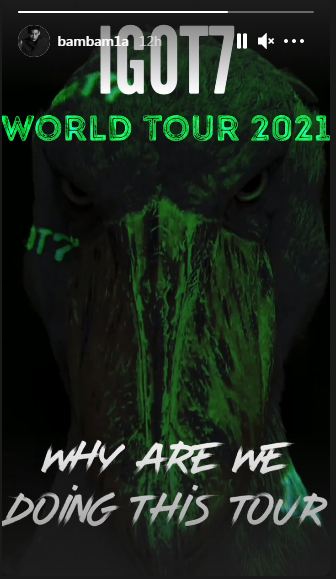 Fans took to Twitter to make hilarious reactions to their own world tour announcement. Some already started the countdown for the event, while others say that they have begun rehearsing.

Were you one of the fans who got excited about GOT7 members' world tour announcement, or the one who knew it was an April Fools' Day prank all along? Share your thoughts in the comments!