Akdong Musician's Lee Suhyun revealed that she wanted to retire from the music industry and how IU helped her during her slump.

Akdong Musician's Lee Suhyun had recently confessed that she was seriously contemplating on retiring from the music industry.

In the recent episode of JTBC's variety show, "Hooray to My Independence" broadcasted on April 19, Akdong Musician's Lee Suhyun shared her struggles during her slump period. She reveals that for the past year, she didn't really want to do anything and that nothing has been fun for her these days. However, she couldn't take any time off despite her wishes to take a break because she had to keep working.

IN CASE YOU MISSED IT: Yoon Confesses He's Awkward with AKMU's Lee Suhyun after Acting as a Couple in WINNER MV 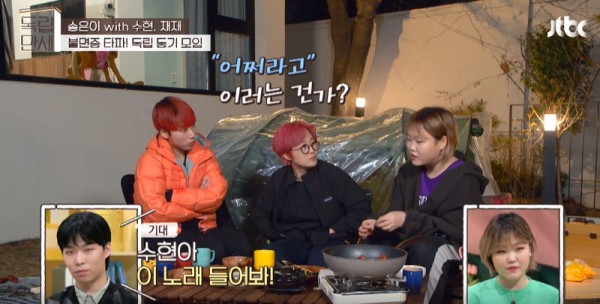 (Photo : JTBC 'Hooray for My Independence')

Lee Suhyun adds that whenever she sees her schedule, she would always sigh first and that she thought music is not so fun for her anymore. Because she felt like she hasn't done anything that she wanted for the past year, she had seriously contemplated on retiring a lot.

The "Give Love" singer decided to talk with her seniors in the industry and share her thoughts and feelings when she thought she was going through a slump period. She revealed that the seniors she talked to were IU and Yoo Hee Yeol.

Lee Suhyun then explained how IU told her she also went through a slump period when she was Lee Suhyun's age, which gave her hope that she would be able to overcome this period as well. "Her words really gave me comfort, so I'm trying my best to fight this as hard as I can," Lee Suhyun said. 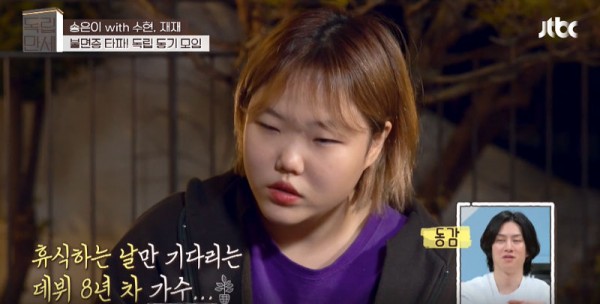 (Photo : JTBC 'Hooray for My Independence')

Lee Suhyun also talked to Yoo Hee Yeol. When she revealed that she hated music and was thinking of retiring, Yoo Hee Yeol looked at her with a sad expression.

Yoo Hee Yeol explained that as a senior, he was happy to see juniors like Lee Suhyun, and that he would be too sad if she quit music. When Lee Suhyun saw that he got sad with the thought of her retiring, it made her feel that she was still valuable in the music industry.

Lee Suhyun then concludes with how she thinks she's finally over that slump period and was able to overcome many things after finding independence. "I began living on my own not too long ago, and I think because of that it helped me quite a bit. My work and personal life became more balanced," said Lee Suhyun.

Akdong Musician debuted in 2014 under YG Entertainment with their debut album "Play" that was positively received and had over 6.9 million downloads. Since their debut, the duo had garnered more than 23 million digital sales.