Stray Kids' photocards, which were released in collaboration with CLIO, are reported to be currently being sold on an online second-hand store without proper authorization from JYP Entertainment.

Stray Kids, currently, models for the Korean makeup brand, CLIO, and their merchandise with the product are in high demand these days. Because of this, an unnamed seller was caught illegally distributing the boy group's photocards.

On April 22, Sports Trend reported that the photocards Stray Kids launched with CLIO are being sold at a high price in Japan. In particular, the goods are being illegally distributed through an online second-hand store named "Mercari."

ALSO READ: Clio to Continue Stray Kids Modeling Activities as Seven Members While Hyunjin Is on a Hiatus

"Mercari" has been a popular online second-hand store in Japan just recently. Japanese people sell various products on the website including designer shoes, bags, and fashion.

Stray Kids Hyunjin's photocards, which were excluded from the event following the idol's bullying controversy, were also on sale on the online second-hand store. The seller explained that a Korean acquaintance is receiving the products from a leading printing company and selling it to them.

READ MORE: From (G)I-DLE Soojin to Stray Kidz Hyunjin: CLIO Explains Why the Idols' Advertisement Materials Were Taken Down

In early February, Stray Kids were chosen as the new model for the Korean makeup brand, CLIO. On April 13, CLIO launched a "Stray Kids Photocard Event" where buyers with a minimum purchase of makeup products get to have three free random photocards each featuring a member. At that time, the event gained so much attention that it ended early since these photo cards are only limited, hence not all buyers get to have one. As such, Stray Kids' photocards, which were difficult to obtain even by domestic fans, are being illegally distributed and sold overseas, causing a controversy.

In Korea, it was difficult to purchase though the site, so Stray Kids' CLIO photocards were dispersed through a delivery agency, as confirmed through cafes and communities.

One legal official said to Sports Trend, "If the seller has handed out and sold the products made by a printing company without permission from the company or the brand, it is an illegal act." They added that such wrong action can be halted by requesting a domestic court to stop the sale.

YOU MIGHT ALSO LIKE: Mnet 'Kingdom' Round 2: BTOB and Stray Kids to Exchange Songs for 'RE:BORN' Battle

The official also stated that since it is illegal, the brand company or the artist's management agency, JYP Entertainment, can ask for payment for the damage caused by the printing agency that agreed to produce Stray Kids' photo cards. The illegal distribution is considered to be theft of personality rights and gift certificates, according to the representative. 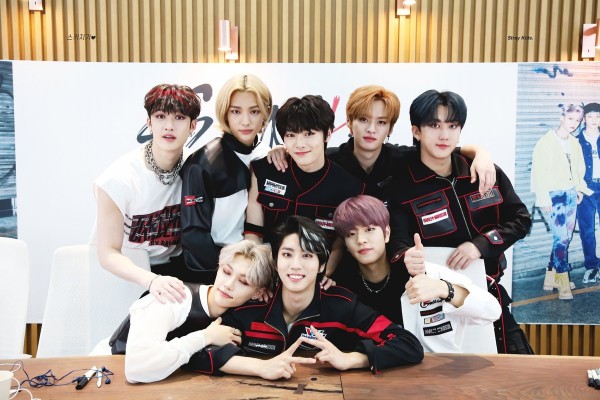 Meanwhile, Stray Kids is previously reported to make a comeback later this year, which would be earlier than their former comebacks as JYP Entertainment allegedly considered their outstanding performance in the industry in recent times.

Ahead of their comeback, the boy group is currently competing in Mnet's new survival show "Kingdom: Legendary War." The band successfully took first place in the contest's preliminary round, and the final rankings for Round 1 will be announced later today, April 22 at 7:50 p.m. KST.