Rookie girl group HOT ISSUE revealed who their role models are during their online showcase.

Curious who they are? Then keep on reading to find out. 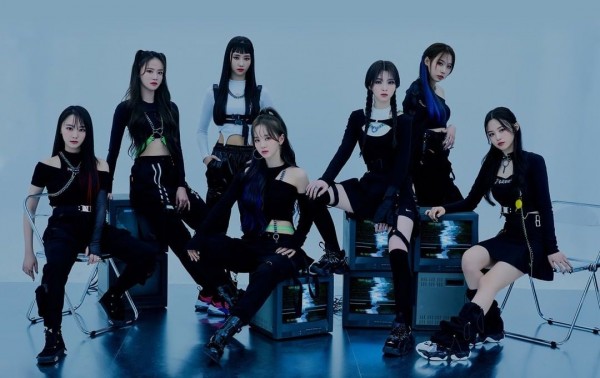 When the members were asked about who their role models are during an interview, HOT ISSUE's leader, visual, and vocalist, Nahyun said it was EXID's Hani. According to Nahyun, seeing Hani immerse herself on stage is cool, and that she wants to be able to imitate the "Up & Down" singer.

Nahyun added that she was able to get a lot of good energy from watching Hani's videos whenever she was in a difficult period and hopes to be able to give good energy to the public just like Hani.

HOT ISSUE's main dancer, Mayna, revealed hers is BLACKPINK's very own dancer, Lisa! Mayna said that her role model is Lisa because of her cool performances. Fellow member Dana's role model is also a BLACKPINK's Jennie. According to Dana, Jennie has gorgeous performances, amazing stage dominance, and great fashion sense.

The main rapper of the group, Hyeongshin revealed her role model is 2NE1's CL. She said that when she was young, she watched 2NE1's performance of "Fire" and was amazed at the tremendous aura that emanated from the 2NE1 legend and that CL was so cool she really wanted to imitate it.

HOT ISSUE's vocalist, Yewon said that she wants to be able to draw and command attention like IU. Yebin said that she hopes for a passionate look every time they perform, just like Oh My Girl's YooA.

Lastly, Dain said that her role model is Jessi because of her very strong color and that her power to control is great.

HOT ISSUE made their debut with their first mini-album, "Issue Maker," on April 28 at 6 pm KST.

"Issue Maker" is an album that contains their strong aspirations to become a star who creates great memories. Their mini album's title song, "GRATATA," is an onomatopoeic word representing the sound of guns and conveys their strong ambition and energy to captivate the hearts of listeners by transforming into a "sniper."

What their debut song here: