BTS is set to appear as one of the guest stars on the reunion special of "FRIENDS."

"FRIENDS" is an American television sitcom that was broadcast from 1994 to 2004, having a total of 10 seasons. It presents the personal and professional lives of six friends aged between 20 and 30 who are living in New York City.

Over the 10 years and seasons, the six characters go through family, friendship, love, comedy, and drama.

ALSO READ: BTS, TWICE, and More: These are the K-Pop Artists That Earned New Gaon Certifications in April 2021

The show received praises throughout its run, becoming one of the most well-known television programs of all time.

"FRIENDS" is once again gaining popularity after it hit various streaming platforms in 2015.

In 2019, Warner Bros TV revealed that a reunion for the sitcom was in the works. It was even reported at that time that HBO Max is paying 425 million USD to rerun the series for five years.

HBO Max also released the list of guest stars for the reunion - and BTS is one of them!

It has not yet been announced what role the seven members - RM, Jin, Jungkook, Suga, V, Jimin, and J-Hope - will take in the event.

Several famous actors and musicians will join BTS as guest stars in the upcoming "Friends" reunion, such as David Beckham, Justin Bieber, Lady Gaga, Cindy Crawford, Thomas Lennon, James Corden, and more. Some of these guests appeared on the American sitcom while others are fans.

The "FRIENDS" reunion special will be a "real-life unscripted celebration" of the iconic show, according to HBO Max. The event was initially planned to take place in May last year but was postponed due to the coronavirus pandemic.

The reunion show is now scheduled to be broadcast via HBO Max on May 27.

On May 13, Rolling Stone published an interview with renowned K-pop group BTS.

In their interview, BTS members Suga, Jimin, RM, J-Hope, V, Jungkook, and Jin discussed the themes of their music starting from their debut back in 2013.

In their early days, BTS wrote about the resentment of South Korean youth who deal with pressure and competition in school and work. Their singles "No More Dream" and N.O." are two of the examples. 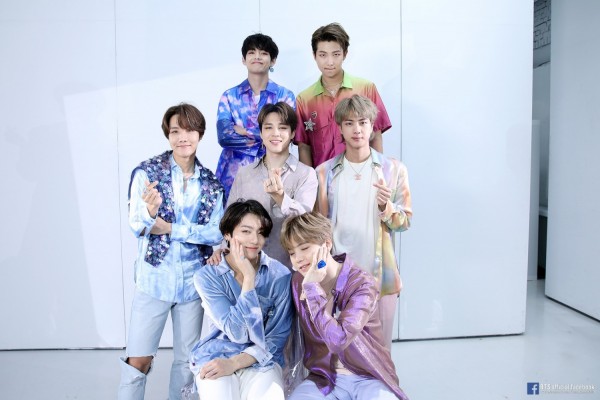 BTS leader RM shared that the songs they wrote were not purposely created to reach out to people around the world but rather to express what they feel and are experiencing when they were teenagers.

While this is the case, other youth worldwide just happened to have the same thought and emotion, and so it led to BTS being recognized.

BTS's music encompassing a wide range of ideas such as self-love, mental health, self-confidence, struggles of everyday life, and more, has allowed them to resonate with the youth not only in South Korea but also overseas.

Can't wait for BTS's guesting on "FRIENDS" reunion special! Are you also looking forward to it? Tell us in the comments!