With Source Music applying for trademark, attention is being drawn to how the trademarks will affect the future of GFRIEND's members.

Source Music Revealed to Have Applied Trademark for "GFRIEND" and "여자친구"

According to media outlets on May 18 KST, and following the reports that GFRIEND has departed from Source Music, it was revealed that Source Music has applied for the names "GFRIEND" and "여자친구" (girlfriend) to be trademarked at the Korean Intellectual Property Office.

Based on the Korean Intellectual Property Office's official website, Source Music applied for the trademark of "여자친구" (girlfriend) back in January 23, 2015, and was officially registered on November 3, 2015. While "GFRIEND" was applied for trademark on March 11, 2021, and has not been registered yet.

IN CASE YOU MISSED IT: GFRIEND Reportedly Disbanding Due to Failed Agreement on Contract Renewals 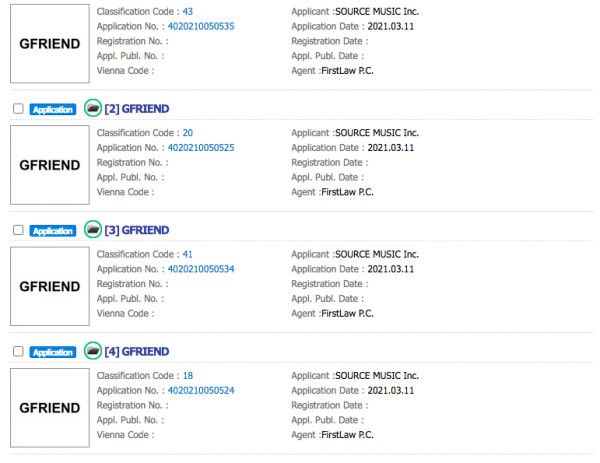 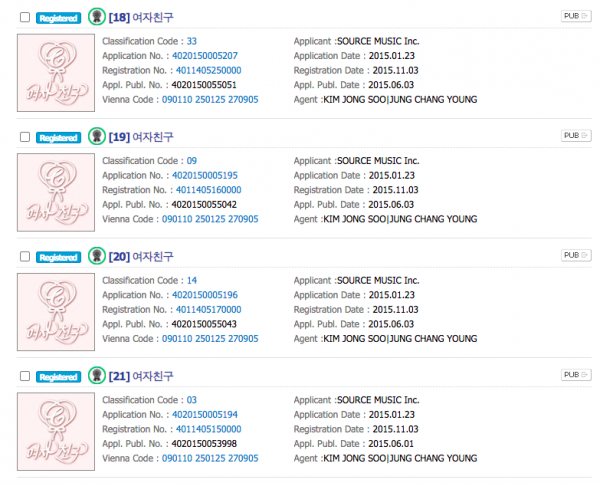 With Source Music applying for the trademarks of "여자친구" and "GFRIEND," attention is being drawn on how these trademarks will affect the future of each GFRIEND member or the group as a whole. With Source Music having the rights to the names, the members can no longer promote as "GFRIEND" and will have to re-brand and debut under a different name if they choose to reunite.

IN CASE YOU MISSED IT: Source Music Confirms GFRIEND Departure from Company

A similar issue happened with HIGHLIGHT, who was formerly BEAST. As Cube Entertainment holds the trademark for BEAST, the former BEAST members had to re-debut under a new name.

Following the reports of GFRIEND's departure from Source Music and their disbandment after six years of promotions and activities, it was discovered that GFRIEND's scheduled contents were deleted by the group's former label.

However, all schedules since May 17 have been deleted.

With the sudden news of GFRIEND's disbandment and departure from Source Music, fans were beyond shocked as there was no indication that the group would be leading up to disbandment, given that GFRIEND has constantly been active. In addition, many have been disappointed that schedule content was no longer going to be posted.

Meanwhile, GFRIEND made their debut with the mini-album "Season of Glass" in January 2015. The group released numerous hit songs such as "Me Gustas Tu," "MAGO," "Glass Bead," "Rough," "Navillera," and more. GFRIEND's final album was their third regular album, "回:Walpurgis Night," released on November 2020.