TWICE, who is set to release their "Taste of Love" album today, June 11, unveiled the biggest difference of their new album from their previous works. The members also shared which part of the choreography for the title track "Alcohol-Free" is their favorite. 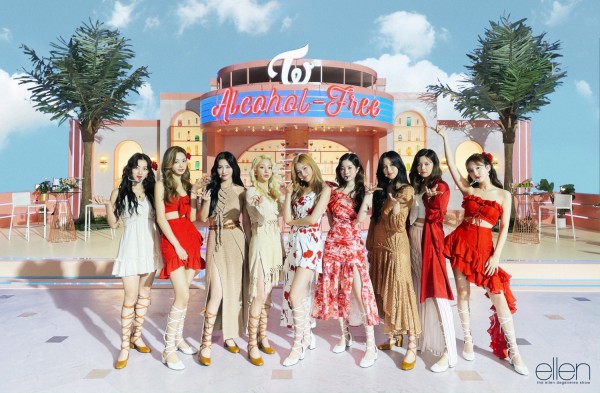 TWICE's new album "Taste of Love" is their first one in about eight months since their second full album, "Eyes Wide Open," released in October last year.

Prior to the release of "Taste of Love," which surpassed 530,000 pre-orders, the girl group dropped the title song "Alcohol-Free" on June 9 at 6 p.m. KST.

TWICE's "Alcohol-Free" topped the daily charts of Korean music charts like Genie and Bugs. Moreover, the music video for the track exceeded 20 million views on YouTube as of 6 p.m. KST on June 10, which is 24 hours after release. And on the same day, the "Alcohol-Free" music video maintained its place at No. 1 on the list of YouTube music videos trending worldwide.

To commemorate the launch of TWICE's "Taste of Love" album, JYP Entertainment revealed a Q&A with TWICE members as a press release.

One of the questions asked was how their new album, "Taste of Love," different from their past works. TWICE Jihyo answered, "I want to describe it with the keyword 'growth'." She added that the biggest difference from the previous albums is that they can now talk about love with confidence.

"If the fifth mini-album 'What is Love?' contains a curious and fluttering image of what love is, in this tenth mini-album 'Taste of Love,' we can say that we have found the answer to love. I think that's the way TWICE has grown, as well," Jihyo continued.

As for TWICE Dahyun, she mentioned their "Taste of Love" album contains songs that were written by the members alone. "Every time we released an album, the members participated in the lyrics, so we were able to challenge ourselves with this album with confidence."

Dahyun added that she is proud that TWICE members were able to fill all the credits for writing the lyrics for the B-side songs.

Another question asked to TWICE is about the portion of the choreography for "Alcohol-Free" that they like the most.

YOU MIGHT ALSO LIKE: TWICE Tzuyu Wows Fans With Her Visuals in 'Taste of Love' Comeback Premiere 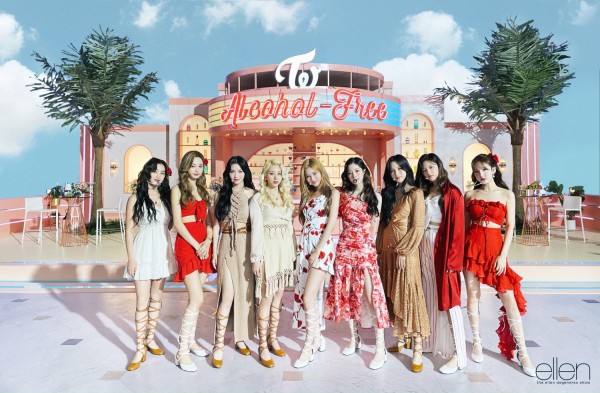 TWICE Nayeon said that Chaeyoung's rap part in the performance is the best. "All of those parts are good, but the 'Makes the whole world bright and sunny' part is so great," she continued.

As for TWICE members Momo and Jihyo, one of the main points in the choreography for them is the part that mentions the different types of cocktails and the dance steps fit the name of the drink.

"And at the beginning of the chorus part, the dance that seems to be a little drunk can be called a key point in the choreography," Momo added.

What is your favorite part of TWICE's "Alcohol-Free" choreography? Tell us in the comments!