Mina has broken up with her boyfriend and apologizes to the ex-girlfriend and fans for the recent cheating controversy surrounding their relationship.

In the early morning of July 5 KST, former AOA member Mina held an Instagram live to clarify the cheating controversy surrounding her relationship with Yoo (Mina's boyfriend), as well as apologize to fans and Yoo's ex-girlfriend. 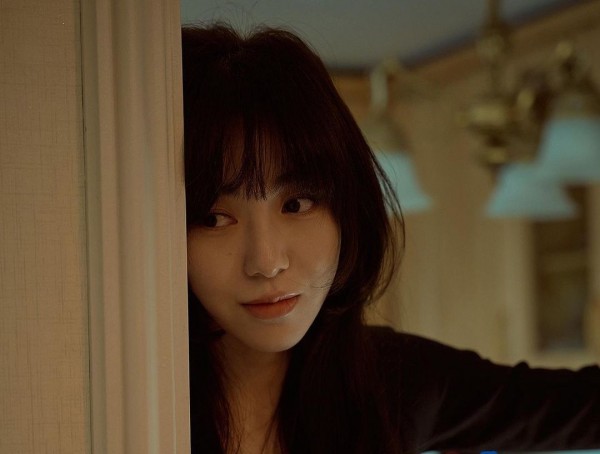 During her Instagram live, Mina announced that she had broken up with her boyfriend after learning of the truth with how he broke up with his ex-girlfriend.

"I wanted to sincerely apologize to his ex-girlfriend and her acquaintances, as well as family members who were all affected by this," said Mina as she also promised fans that she would be taking a break from all social media after her live stream.

IN CASE YOU MISSED IT: Former AOA Member Mina Introduces Her Boyfriend on Instagram

In the live, Mina also talks about how she was a victim of her now ex-boyfriend's lies as well, explaining that if he hand't lied to her and that she knew the truth, she would never had met with him.

"The water has already spilled and I should be held accountable for it. I would like to genuinely apologize. I will not let something like this happen in the future again," said Mina.

Mina Apologizes for the Cheating Controversy

Prior to her Instagram live, on July 4, Mina posted a lengthy message on her Instagram which contains an apology to Yoo's ex-girlfriend, as well as to fans.

According to Mina, what she had heard from Yoo was that his relationship with his ex-girlfriend was already not good, that they had been fighting a lot and that their personalities weren't compatible, and he was only dating her out of familiarity.

She adds that Yoo had expressed interested in Mina first, and that she also felt drawn to him as they connected well. Although they had a lot in common in terms of their background, they talked about things like how he "had a girlfriend and shouldn't do this," "I am in the middle of ending it [relationship]," and "I have ended it for good."

Mina explained that back then, she thought that since she and Yoo started dating after he broke up with his ex-girlfriend, even if she hadn't done anything to be proud of, it wasn't cheating. She then wondered why everyone was so angry about her relationship when they Yoo and his ex-girlfriend broke up because they weren't in love anymore.

IN CASE YOU MISSED IT: Former AOA Member Mina to Take Legal Action Against Malicious Netizens Following News of Relationship

"Is it because I haven't admitted to the cheating?" Mina explained the reason as to why she wrote her posts coldly and why she spoke to the ex-girlfriend in an argumentative tone.

"It is true that both Yoo and I have cheated. I am truly sorry to his ex-girlfriend and her acquaintances, who must have been hurt because of me. I ended up learning of the truth thanks to your courage of uploading the post," said Mina.

She adds that she'd be lying if she didn't blame Yoo at all, but it's a fact that she is a perpetrator, and she ended up looking like she only listened to one side and insisted that she hadn't done anything wrong. "I admit that this is all my fault and I am deeply reflecting on it," Mina admits.

Mina once again apologizes regarding the incident, and especially apologizes to Yoo's ex-girlfriend who was the victim.

She also announces that she is no longer dating Yoo, and will be cutting of all contact with fans that she is in touch with and will only be receiving encourage messages from people.

Mina also asks fans to stop mentioning former AOA member Jimin, and that she is a victim when it came to Jimin's case.

IN CASE YOU MISSED IT: Kwon Mina Receives Doubt if AOA Bullying Is Real After Her Cheating Controversy Arises