MBC's "Idol Radio Season 2," which will be exclusively broadcast on the K-pop platform UNIVERSE, will be available to global audiences - and MONSTA X members Hyungwon and Jooheon will serve as show DJs.

In a press release, UNIVERSE developers NCSoft Co., Ltd., and Klap Co., Ltd. announced that "Idol Radio Season 2" will be airing its first episode on August 9, 8 PM KST. It will occupy a Monday and Thursday schedule at 8 PM through the UNIVERSE app. As MONSTA X Hyungwon and Jooheon will be the DJs, fans can expect them to bring a unique color to the beloved radio show with their fun and witty remarks. 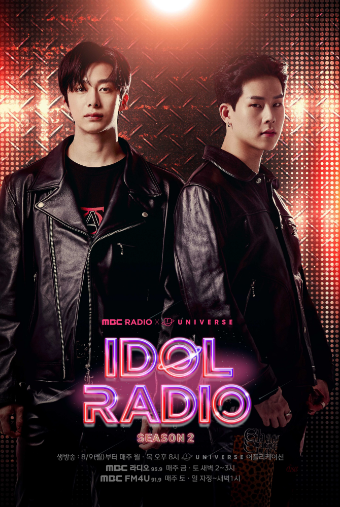 Furthermore, the second season of the hit radio show will be bringing fun to the audience thanks to its new segments like "You Cube," where audiences get to hear various stories from the artists themselves, as well as "Jitjitit," where the artists create their own memes.

The UNIVERSE platform is also having an ongoing event for its users and subscribers to support the show DJs. Once fans complete the in-app missions, UNIVERSE will be sending a snack truck to DJs Hyungwon and Jooheon. Additionally, NCSoft and Klap announced that they are looking to present a range of fan interactive events through the UNIVERSE Fan Network Service (FNS).

After its UNIVERSE broadcast, "Idol Radio Season 2" can also be heard on various MBC Radio channels after the UNIVERSE live. It will be available on MBC Radio (95.9 MHz in Seoul and Gyeonggi Province) every Friday and Saturday at 2 AM KST, MBC FM4U (91.9 MHz in Seoul and Gyeonggi Province) at 12 AM KST every Saturday and Sunday.

"Idol Radio Season 2" is the sequel to the MBC Radio program "Idol Radio," especially created for K-pop idols. Additional information about "Idol Radio Season 2," hosted by MONSTA X members Hyungwon and Jooheon, as well as the UNIVERSE platform, are available on the official UNIVERSE website as well as on its social networking sites: Twitter, Instagram, and YouTube.