The new CONECTD song "Shining Star" is performed by uju, a household name in the Korean city pop scene, and Funk LeBlanc, the king of retro electronic dance music. "Shining Star" features sensual lyrics comparing one's crush to a star in a retro track that hearkens to decades past, especially the late 70s and the 80s, with catchy city pop melodies and lively disco sounds. Additionally, the track is accompanied by an impressive artwork - a mirrorball of the 80s that completes the nostalgic feel. 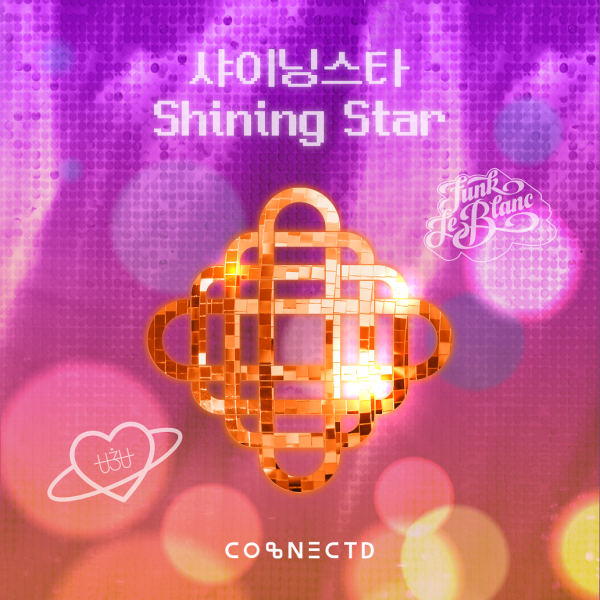 Uju is the latest rising star in the Korean music industry, dominating the city pop genre ever since she released her debut track "#Outfit" back in 2017, continuing to release memorable singles that draw younger listeners and offering nostalgia to the older ones. She has released her minialbum "Sunday Seoul Ep 3" last year, the third installment of her "Sunday Seoul" album. She has received praise and recognition for her unique musicality, artistically weaving upbeat rhythm with surprisingly sad messages.

On the other hand, Funk LeBlanc is a house DJ and record producer based in San Francisco, California. Known for his sensibilities in the nu-disco and nu-funk genres, his sounds remain heavily influenced by funk and disco artists from the 70s and 80s. He strives to deliver authentic sounds from those eras by using original drum machines and synthesizers from the same time period, causing real disco fans from around the world to flock around him.

Additionally, "Shining Star" will also see the two artists collaborate with Gelateria DoDo, a gelato brand with a global presence, following their collaboration with "The Moment." In its first collaboration with the City Pop & Disco, Gelateria DoDo created a fresh orange and grape sorbet matching the key colors used in the cover artwork for "The Moment." With a delectable and visually irresistible treat, fans are now looking forward to what the special product will be with "Shining Star."