Starship Entertainment boy group CRAVITY has released their final set of concept photos shortly before the release of their first studio album, "THE AWAKENING: Written In The Stars."

CRAVITY has released the "YOUTH" version of their concept photos, giving fans an incredible tease for the album's title track, "Gas Pedal." In their respective concept photos, Serim, Allen, Jungmo, Woobin, Wonjin, Minhee, Hyeongjun, Taeyoung, and Seongmin each showed a sentimental yet intense look. Their respective shots show off their impressive visuals under their casual outfits - completing the series of concept photos with their display of individuality. 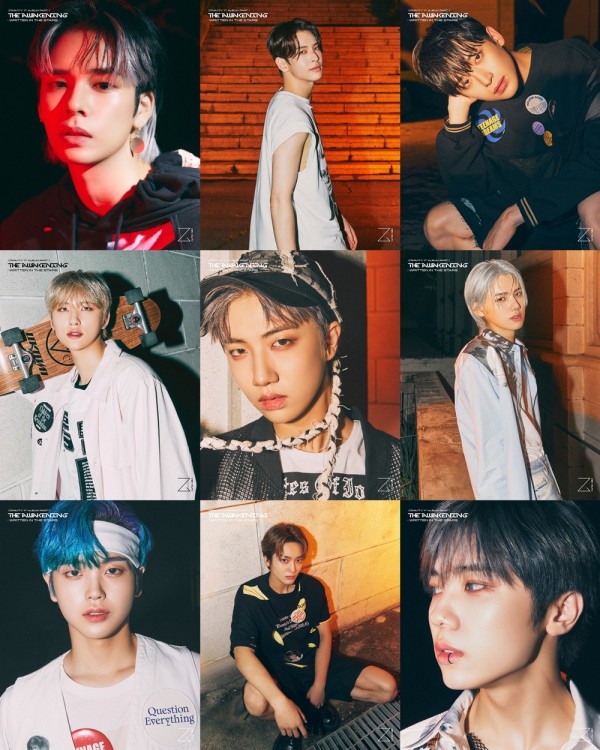 The new concept photo set features CRAVITY members with different causal wear than those featured in the previously released sets, and this time using realistic and urban backgrounds to complement their appearances. They were able to demonstrate a warm, boyish charm through their outgoing, sporty design choices, giving fans a different view of their upcoming album.

The Starship Entertainment boy group's first full-length album "THE AWAKENING: Written In The Stars" marks their comeback after seven long months since their third EP "Season 3. Hideout: Be Our Voice." Ahead of its release, they were able to tease different sides to the upcoming album through their concept photo sets "AWAKE," "TAKE," and now with the "YOUTH" version, showcasing their tremendous growth.

After their "HIDEOUT" trilogy of mini-albums, fans have been looking forward to what CRAVITY will bring to the stage next. A statement from Starship Entertainment reveals that the nine-piece boy group will be strengthening its presence as a fourth-generation idol group, starting with a relentless run with "Gas Pedal." The title track for their upcoming studio album exemplifies the will and the drive to keep on moving forward without stopping.

CRAVITY's first full studio album "THE AWAKENING: Written In The Stars" is set to be release on various music sites on August 19, 6 PM KST.