Releasing hits after hits, UNIVERSE Music is already on its tenth track as ASTRO unveils "ALIVE."

The announcement was accompanied by the release of the full schedule and cover image of the track on August 23, 6 PM KST. 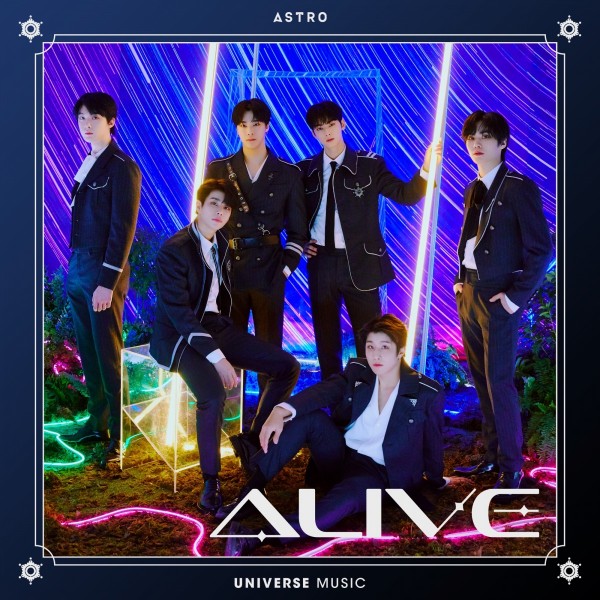 In the released schedule, promotions for the ASTRO single begin with the UNIVERSE Concept Photo reveal on August 24 (Tuesday), before the release of the song's concept film, "Into the Void," on August 26 (Thursday). A pair of MV teasers of "ALIVE" will be released on Sunday, August 29, and on Tuesday, August 31. Both the song and the music video for "ALIVE" will be released on September 2 (Thursday).

The first cover image released for ALIVE features all six members of ASTRO in a stunning, neon-lit space with a timelapse image of the sky behind them.

Since its release in January, the UNIVERSE Music is now on its tenth release, starting with IZ*ONE's "D-D-Dance" in January. The original music arm for the NCSoft and Klap-developed platform has featured a number of artists over its eight-month run - Kang Daniel, MONSTA X, Rain, (G)I-DLE, Park Ji Hoon, and more.

The latest song, "ALIVE" by ASTRO, will be released on September 2, 6 PM KST across major music streaming sites. It will be released together with a music video exclusively available on the UNIVERSE app.