The outfit Girls' Generation member Taeyeon wore for the group's appearance on "Yoo Quiz on the Block" may have appeared chic and simple, but it actually costs over $5,500! Keep on reading to find out what she was wearing!

These are the Pieces in Girls' Generation Taeyeon's $5,500+ 'Yoo Quiz on the Block' Look

On September 1, Girls' Generation members Taeyeon, Sooyoung, Tiffany, Yoona, Hyoyeon, Yuri, Sunny, and Seohyun appeared on the tvN entertainment program "Yoo Quiz on The Block," marking their first appearance as a whole group since 2017. It has been four years since fans have seen "The Nation's Girl Group" together, and many were happy to see the eight members candidly reminiscing about the past. 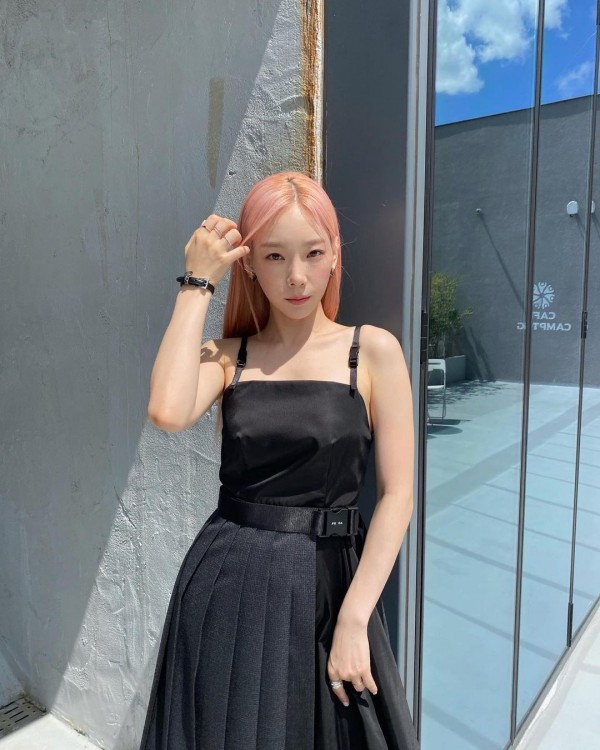 On this day, Taeyeon rocked pink hair and wore a black sleeveless pleated dress with a deep sideline. Taeyeon drew attention due to her tattoos on her shoulder, forearm, and the back of her hand.

Taeyeon boasted a chic atmosphere by matching a leather bracelet and triangle earring with a trendy belt around her waist. In addition, Taeyeon layered the dress with black tights and loafers to complete a stylish all-black look. 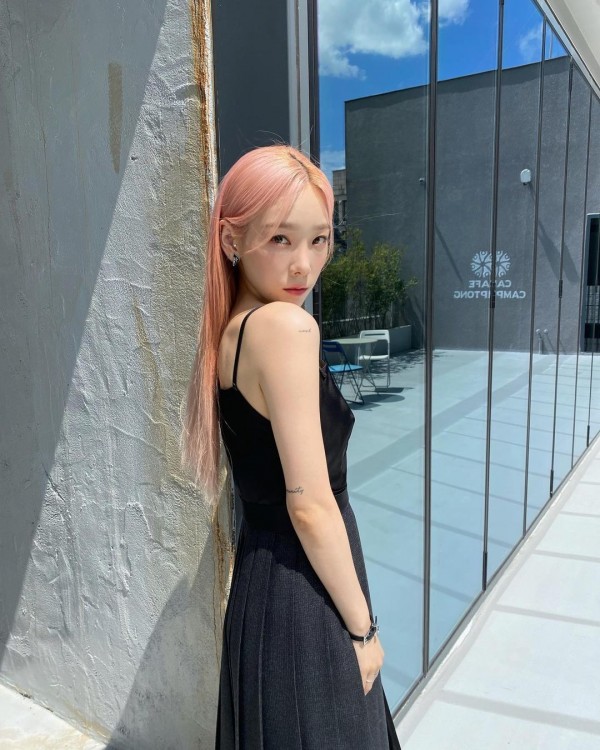 Taeyeon is wearing Prada from head to toe. Taeyeon is wearing the brand's "Check and Re-Nylon Dress." The garment is made from recycled plastic collected in the ocean. The dress is part of the belt and features Prada's name engraved on the side-release buckle. The Prada dress features a side zipper closure and a fit-and-flare silhouette. 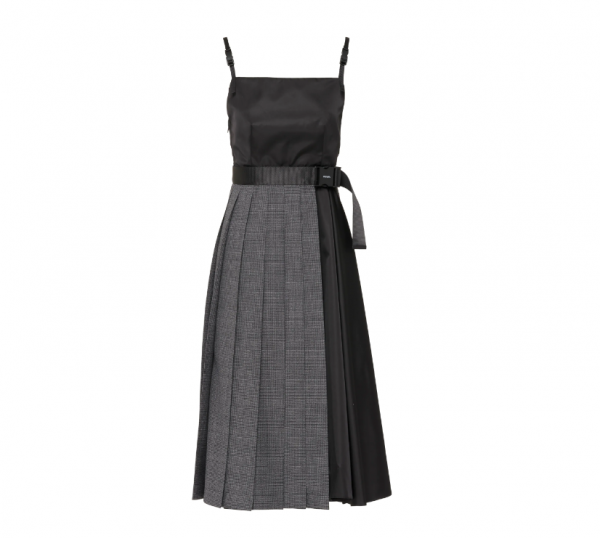 Taeyeon is wearing Prada's "Symbole earrings," which feature the brand's triangle logo. According to the Prada website, the earrings sell for $595. 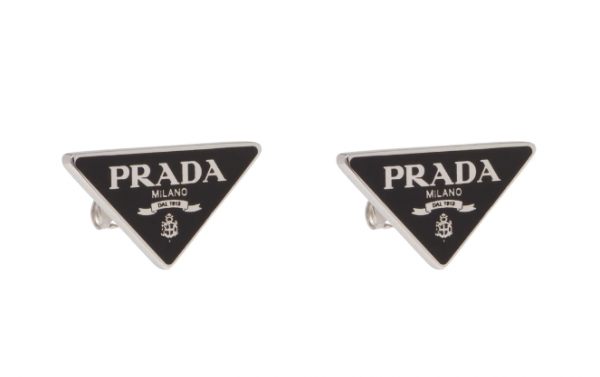 On her wrist, Taeyeon is seen sporting Prada's "Saffiano Leather Bracelet." The website says the bracelet is defined by its gold-tone buckle closure as well as the Prada logo tag. On the Prada website, the bracelet is priced at $328. 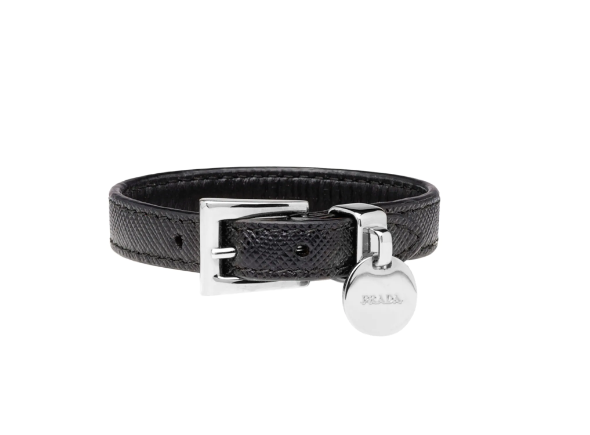 Finally, on her feet, Taeyeon is wearing Prada's "Monolith brushed leather pointed loafers." These shoes feature a more masculine-style design. It is characterized by its oversized silhouette and its chunky lug sole. In addition, the product features refined details and is accented with its enamel triangle logo. 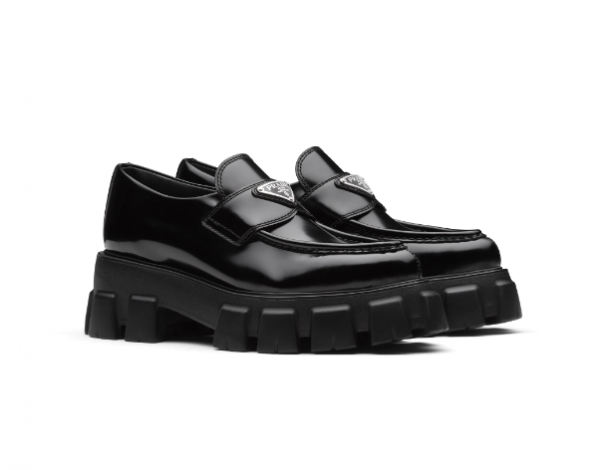 Overall, Taeyeon's whole outfit is worth 6.42 million won, according to Money Today. This means that Taeyeon's outfit during her appearance on "Yoo Quiz on the Block" is worth approximately $5,548.21.

Would you buy any of these pieces? Tell us in the comments below! 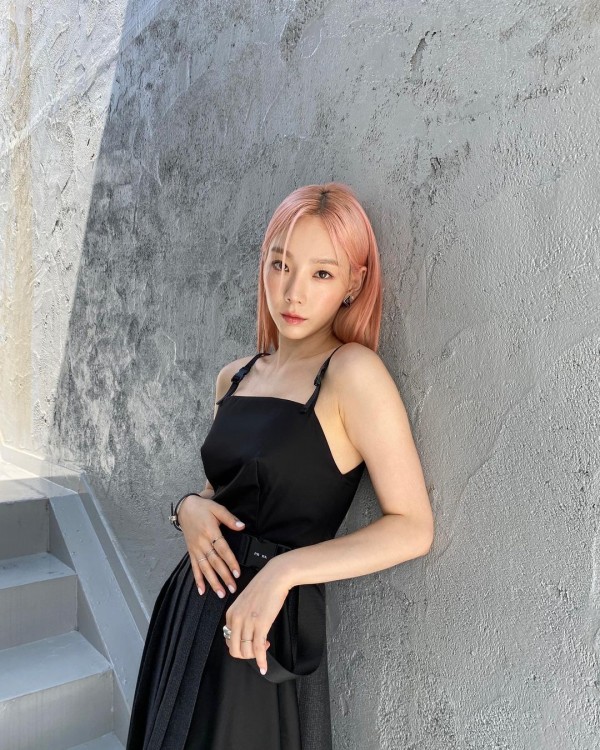