MONSTA X members Kihyun and I.M were the hosts of the first episode of the latest season of the Naver NOW hit program "Late Night Idol," showing wit and chemistry.

The two Starship Entertainment idols have taken charge of the September 6 pilot for the latest "Late Night Idol" season. Both MONSTA X members have previously raised curiosity and captured the attention of fans by releasing posters for the episode, showing Kihyun and I.M wearing pastel-tone suits. 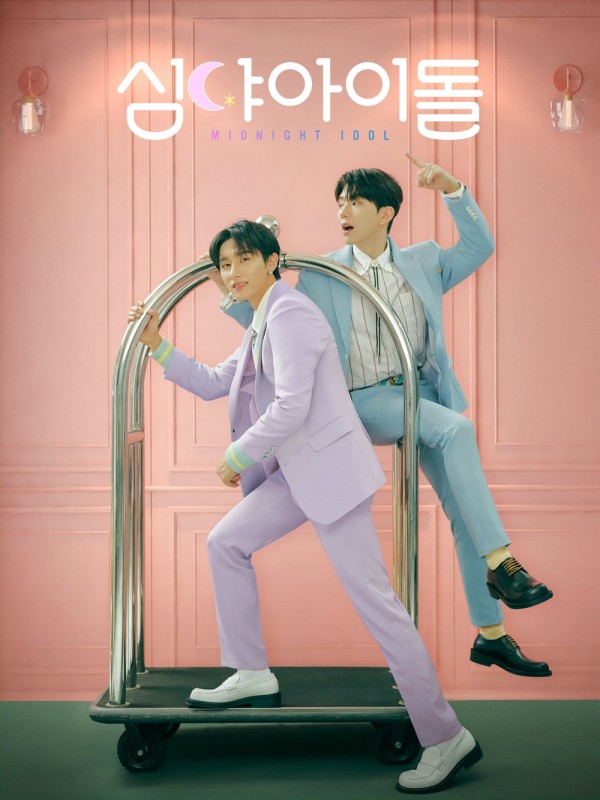 Additionally, the duo also held a sample broadcast of "Late Night Idol" last August 31, giving fans a taste of their hosting capabilities, showing off their fun yet natural charms and their ability to make the listeners comfortable - like listening to friends talk about everything.

Through a statement released by Starship Entertainment, Kihyun and I.M said: " "It's finally the first broadcast day of 'Late Night Idol' that we're hosting. It's true that we are nervous, but we have prepared a variety of things so that we can have a fun time with MONBEBE so please watch it live."

The two humbly assured everyone: "Please leave the late-night hours to us every weekday."

Kihyun and I.M will be hosting the new Naver NOW season, having their own hosting stint like the rest of MONSTA X, aside from Shownu who's currently fulfilling his military service. Jooheon and Hyungwon have recently started as hosts of the UNIVERSE, MBC program "Idol Radio Season 2" while Minhyuk continues to lead the Naver NOW program "VogueShip Show."

Fans can listen to the new season of the "Late Night Idol," hosted by Kihyun and I.M every Monday to Friday at 10 PM KST at Naver NOW.