BTS was officially chosen as a special envoy of President Moon Jae-in.

Blue House stated on September 14 that President Moon Jae-in appointed BTS with a certificate of appointment as a "Special Presidential Envoy for Future Generations and Culture."

BTS visited the Blue House wearing black suit. They were handed a letter of appointment from President Moon Jae-in. They also wore a mask to prevent the spread of COVID-19. They then stood side by side with President Moon Jae-in and they took a commemorative photo together. 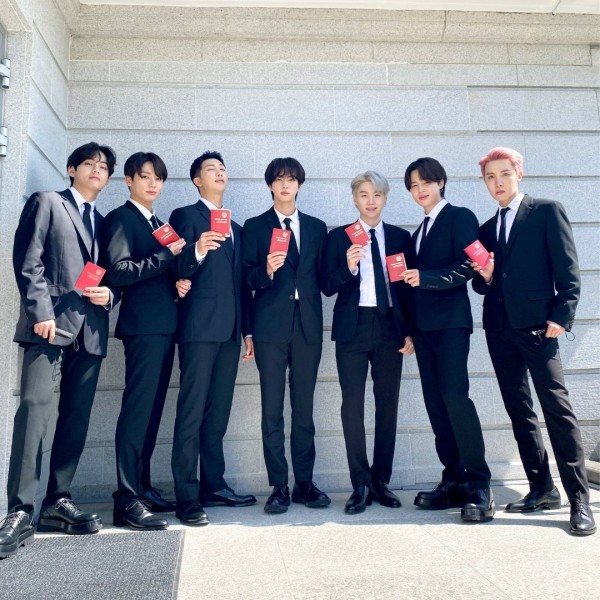 Aside from the seven BTS members, the appointment ceremony was attended by representatives of the agency, along with Big Hit Music CEO Shin Young-jae. On September 13, the Blue House stated on its official website that President Moon Jae-in plans to visit New York and Honolulu, USA for five days and three nights to attend the 76th UN General Assembly and the ceremony to represent the Republic of Korea.

President Moon Jae-in will deliver a keynote speech at the UN General Assembly, speech, and interview during the opening session of the SDG Moment. He will also have bilateral talks with major countries, and a meeting with the UN Secretary-General. Also, there scheduled events like participation in the mutual acceptance ceremony for the Korean War veterans and a ceremony in honor of the independence fighters.

BTS' Proves that they are 'South Korea's Pride'

BTS will also deliver a speech about the Sustainable Development Goals of President Moon Jae-in for the government as the president's special envoy in the opening session of the SDG Moment that will be presided over by the UN Secretary-General on September 20.

BTS members and the accompanying staff that will be with them have already completed their vaccines against COVID-19. On september 14, Big Hit Music announced that they have been vaccinated so that the group's special activities and overseas schedules will push through. 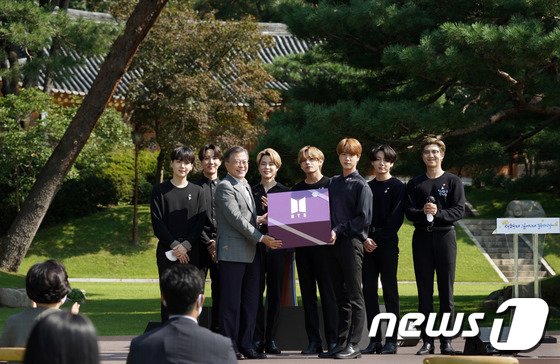 The Blue House stated that since BTS has delivered messages of comfort and hope to the world, attending the general assembly is anticipated to expand the communication with future generations all over the world and to bring out sympathy from future generations on various international issues.

The Blue House explained earlier the reason for appointing BTS as a special envoy is because it is a part of public diplomacy that seeks to widen diplomatic horizons through the gathering of the people's diplomatic capabilities. With this, the government could enhance the image of a country that is leading against global issues.

BTS participated as a global youth representative and speaker at the 73rd United Nations General Assembly held in September 2018 at the Trusteeship Board of the United Nations Headquarters in New York, USA. That time, they gave a speech in relation to "LOVE MYSELF," which can also be considered as "Let's Love Ourselves." 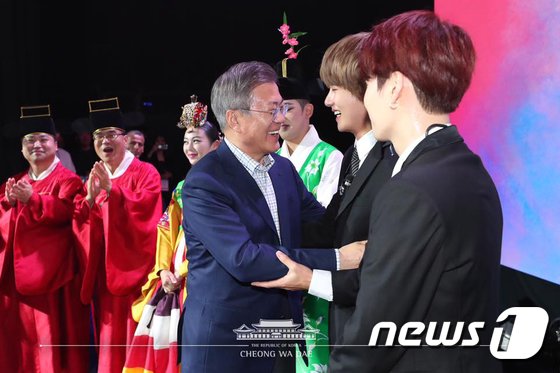 In September 2020, they participated as a special speaker at a high-level meeting of the UN Health and Security Agency Group. In the after-effect of COVID-19, the speech has been delivered in a way that a pre-recorded video was released. BTS affectionately delivered a message of hope to the world to "live in a new world again" through the warm solidarity with each other from despair.