Out of the seven nominations they received, BTS won three of them.

On September 12 local time, the 2021 MTV Video Music Awards (VMAs) is well underway at the Barclays Center in New York, and is hosted by "Say So" singer, Doja Cat.

Prior to the start of the awards show, during a pre-show party, it was revealed that BTS had already won an award. According to American singer Tinashe, BTS had won the Group of the Year award after receiving a whopping 25 million votes.

IN CASE YOU MISSED IT: BTS and BLACKPINK Dominate the Top 10 Most-Viewed Music Videos in the First 24 Hours in YouTube History 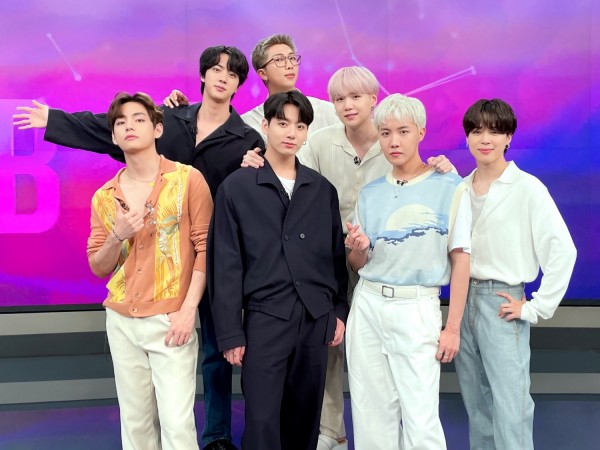 Besides winning Group of the Year, BTS also won the Best K-Pop award for their recent May 2021 release, "Butter."

Although BTS couldn't attend the awards show in person to accept the awards, the seven-member group gave a video message thanking the Video Music Awards, their fans ARMY, and telling them, "We feel your love every minute and second."

IN CASE YOU MISSED IT: BTS Becomes the First Foreign Artist This 2021 to Score this Feat on the Oricon Chart

A few days after BTS' "Fake Love" music video surpasses one billion views, "IDOL" is the next to do so!

Back on September 11 at approximately 10:30pm KST, the music video of "IDOL" had reached one billion views on Youtube, making it the sixth music video of the group to achieve this milestone after "DNA," "MIC Drop (Steve Aoki Remix)," "Dynamite," "Boy With Luv," and "Fake Love."