Spotify, the world's most popular audio streaming platform, has announced the seventh anniversary of its flagship K-pop playlist, "K-Pop Daebak."

Since then, it has grown to have more than 3.1 million followers worldwide. The Spotify playlist has become a global hub for the best and the latest in K-Pop. It has also gained prominence for introducing Korean music to more listeners around the world. 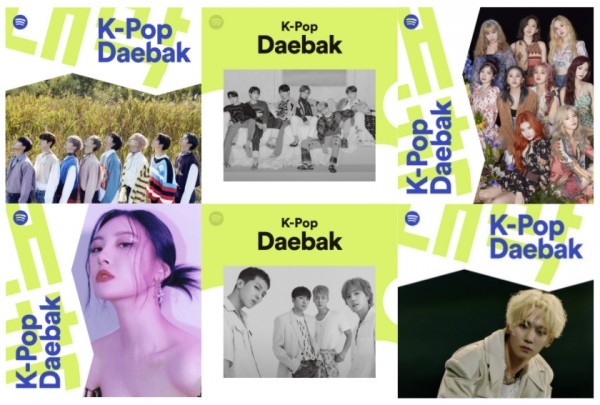 Spotify also revealed that the playlist alone was able to generate about 1.7 billion streams worldwide, which equates to nearly 5.3 billion minutes of playtime over the last seven years. This also translates to over 88 million hours or more than 10,000 years.

Also, the streaming leader revealed that the playlist has helped boost the global discovery of K-pop, introducing both global K-pop stars and rising new artists to a global audience. Spotify mentioned that over the last seven years, more than 70,000 tracks have been featured on K-Pop Daebak alone.

A Hit Among Gen Z

In terms of regions, the top 10 countries that listened to the K-Pop Daebak playlist over the last seven years are the United States, Indonesia, the Philippines, Malaysia, Taiwan, Singapore, Thailand, Canada, Brazil, and Australia.

"Spotify is dedicated to connecting Korean artists and their work to listeners all over the world, so that music can be discovered and enjoyed far and wide across borders," said Spotify's Head of Music for Asia Kossy Ng. "This has, and will continue to be, our mission in Korea for the long term and we are honoured to serve as a bridge that connects K-pop and Korean artists to the world."