Soloist DAWN reveals that he has no appetite at all and only eats one meal a day. Why?

DAWN Does Not Like Eating + Only Consumes One Meal a Day

On the September 18 of tvN's variety program "Amazing Saturday," DAWN and HyunA, a six-year couple who are promoting their duet mini-album "1+1=1," made an appearance on the show.

On this day, MC Boom revealed he had done some research on DAWN and revealed the male idol's appetite is "completely zero." 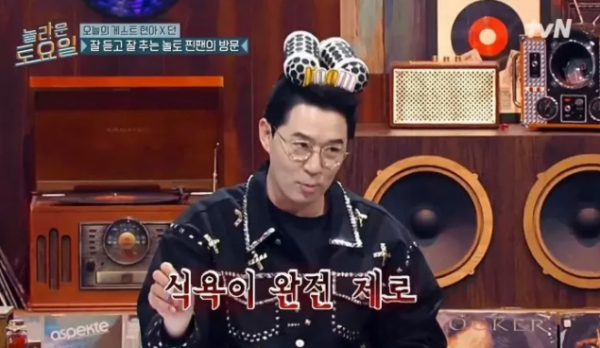 DAWN surprised everyone when he revealed that Boom's words were correct, stating that he has no appetite at all.

When MC Park Na Rae asked, "Do you not want to eat when you see others eating delicious," DAWN replied, "Actually, I do not watch others eat (mukbang)." 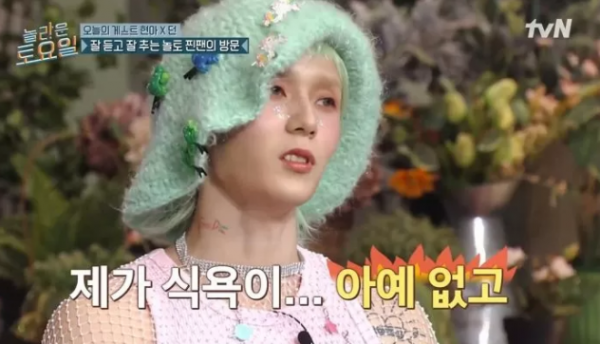 After that, the program had their first snack game food. Grilled pork back and anchovy sauce was brought into the set, which instantly made people's mouth water just by looking at it!

HyunA savored the taste of the meal. She revealed that she usually puts garlic in the salted sauce when she eats this and then boils it. She then rubs it with rice. The female idol commented that it was delicious to eat.

MC Moon Se Yoon, who was also eating, asked if DAWN would be playing to win the snack. DAWN revealed he had no plans of doing so, saying that he did not think the food provided the nutrients he needed.

Hearing this, HyunA revealed that she hated eating together with DAWN. 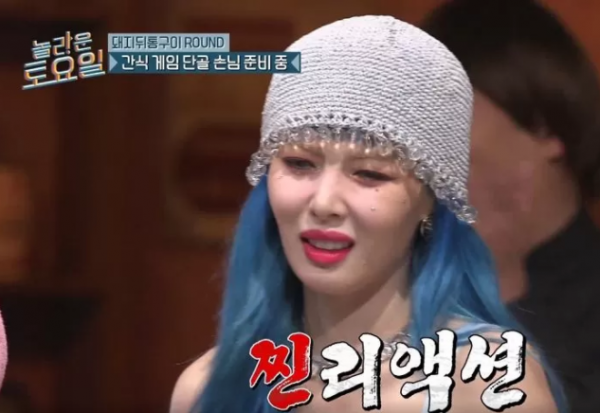 When MC Kin Dong Hyun commented that people could not survive without eating anything, DAWN revealed that he doesn't even like eating snacks.

The male idol confessed that he only eats one meal a day, and he only eats when someone asks him to eat and not out of his own volition.

ALSO READ: HyunA and DAWN Reveal Why They Always Accompany Each Other During Promotions

DAWN then stated that he eats to supplement nutrition rather than eating because he wants to eat. 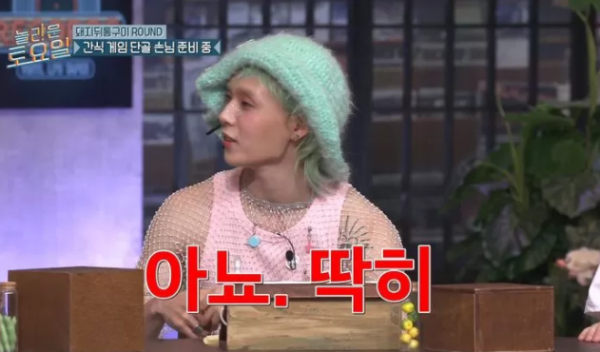 Do you have no appetite and only eat one meal a day, just like DAWN? Then, tell us in the comments below!

Previously, on August 30, P Nation confirmed that the couple would be releasing a duet mini-album. The next day, the tracklist was revealed on P Nation's official social media accounts, revealing "Ping Pong" as the title track. 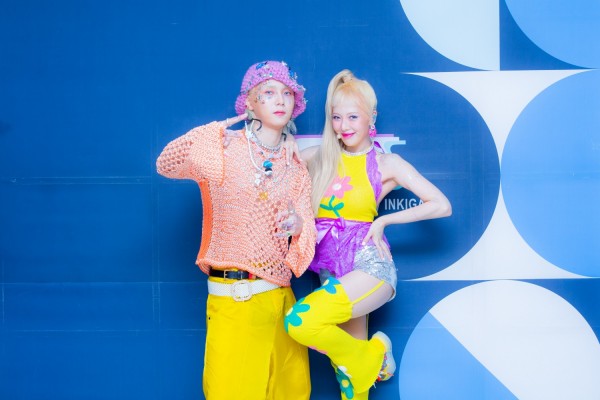 DAWN and HyunA took part in co-writing the songs for the album, with DAWN co-writing all four songs and HyuNA co-writing three. In addition, the music video for "Ping Pong" was released on September 9, 2021.

ALSO READ: Dawn and Hyuna Confess Love for TWICE and SHINee as Their Favorite Groups