After seven years since their last release, 2AM is finally making their highly-awaited comeback with a new album!

On October 12 at midnight KST, 2AM - which consists of members Jo Kwon, Changmin, Seulong, and Jinwoon - finally announced their highly-awaited comeback with the release of a teaser photo for their upcoming album "Ballad 21 F/W" through their official social media.

The teaser photo is in a grey tone that features the serious yet dandy charm of each of the 2AM members as they stand next to each other, giving a more mature yet unique atmosphere.

According to the schedule, 2AM will be beginning the album pre-orders for "Ballad 21 F/W" on October 13 at 3pm KST.

From October 15 to October 20, 2AM will sequentially release their concept photos; while on October 22 at midnight KST, 2AM will release the album's official tracklist.

On October 25 and October 27, the group will release their two teaser movies. On October 29, 2AM will drop the preview of "Ballad 21 F/W."

And finally on November 1 at 6pm KST, 2AM will make their comeback with the release of their album and music video. Fans will also get a special treat with a live version music video on November 2 at 6pm KST.

YOU MIGHT BE INTERESTED IN: Where is 2AM Now? The Half of the One Big Group 'One Day' that Also Consisted of 2PM 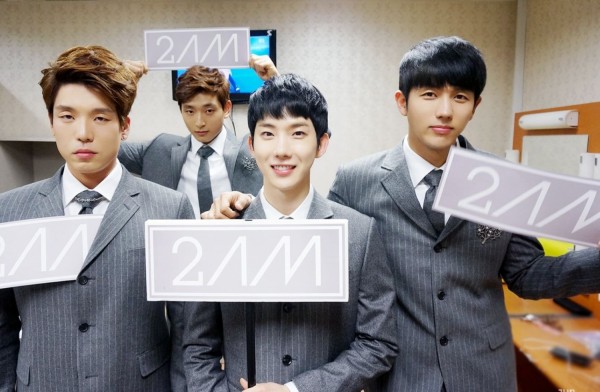 "Ballad 21 F/W" also marks 2AM's first comeback and album in more than seven years since the release of their third regular album "Let's Talk," which was released back in October 2014.

2AM, who is 2PM's brother group, rose to popularity with their ballads, releasing their hit tracks "Can't Let You Go Even If I Die," "You Wouldn't Answer My Calls," "I Wonder If You Hurt Like Me," "One Spring Day," "Days Like Today," and more, and showing off their beautiful emotion and amazing harmony as four members.

As they break their seven-year hiatus and return as a group - despite not being under the same label anymore - it is expected that the upcoming album will be composed of high-quality ballad songs that will quench the musical thirst of those who have missed 2AM.

IN CASE YOU MISSED IT: 2AM Jo Kwon Regrets Not Signing with Big Hit Entertainment 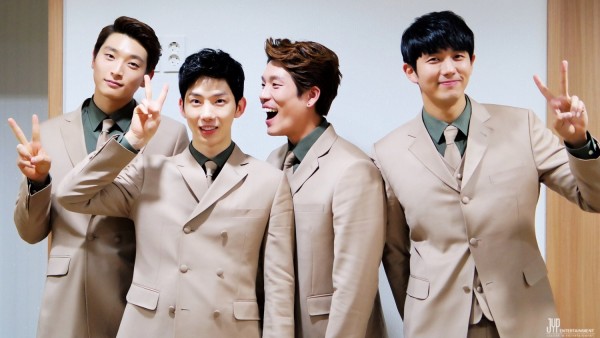 In fact, 2AM's songs remain on listeners' playlists even after all these years, establishing themselves as South Korea's representative ballad group. Despite their hiatus as a group, the 2AM members have shown their versatility in various fields, such as on variety shows, dramas and films, theatre musicals, and more.

Meanwhile, 2AM will return with their album "Ballad 21 F/W" on November 1 at 6pm KST.